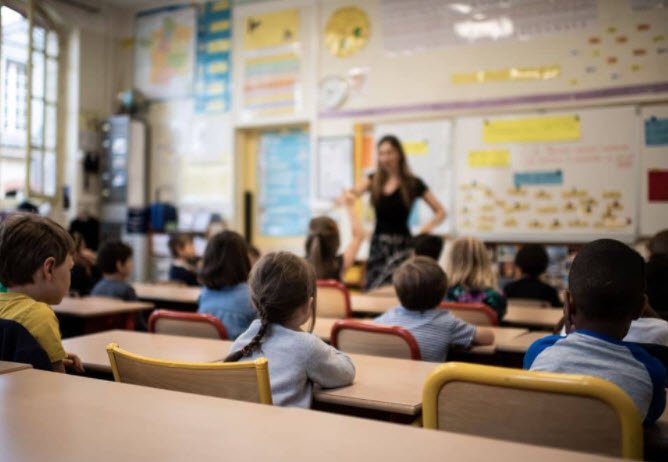 Today Benny Johnson revealed on Twitter leaked documents that expose the indoctrination of our students by targeting particular groups of people. In this case that would be those individuals who supported President Trump’s MAGA movement.

Johnson, Chief Creative Officer at both Turning Point, USA, and Arsenal Media Group, often gets to the heart of the liberal matter on his social media platforms, and today is no exception. Just look at the tweets included below confirming the efforts to convince students that MAGA is code for White Supremacy. To be precise, it’s actually covert white supremacy and as indicated in the pyramid, is more socially acceptable.

This is done through MANDATORY Critical Race Theory training FORCED on teachers at taxpayer expense.

This is a ROCK SOLID, REAL WORLD application of Critical Race Theory being used as a *political* weapon to target Republicans.

This is NOT education.

It is naked political vengeance using the state education system and our children’s educators.

This training is CRT in practice pic.twitter.com/U4jaEZaVdU

Putting aside that all of this is complete nonsense, it’s being funded by taxpayer dollars and forced upon educators via mandatory training. What happened to math and science? Why are we teaching kids about a campaign slogan that belonged to a particular candidate, who then became President. And just to be sure that we have evidence to support the claim that Trump’s administration was anything but racist, let’s look at some data.

In President’ Trump’s first 20 months in office he was able to accomplish the following in just the jobs market, where minority communities had some of the greatest growth they had seen in decades:

In addition to these successes, President Trump and his MAGA movement reformed the Crime Bill through the First Step Act and gave people like Alice Marie Johnson a second chance, while also restoring funding to historically black colleges. Now we have a focus on the citizens of Iowa, and how they are racist because they voted Republican, this is not education, this is indoctrination. How can we classify someone as racist because they didn’t vote the way we wanted them to? How far down the slippery slope of intolerance do we want this to go?

Teachers of Iowa are being INSTRUCTED to classify the vast majority of Iowan children as Racist & White Supremacist.

Iowa is Trump country. Trump carried 94 out of 99 Iowa counties in 2020. The Republican Governor endorsed Trump. The Iowa Senate/House is solid Republican. pic.twitter.com/t9mhy30w1I

This is a developing story. Check back often for updates.