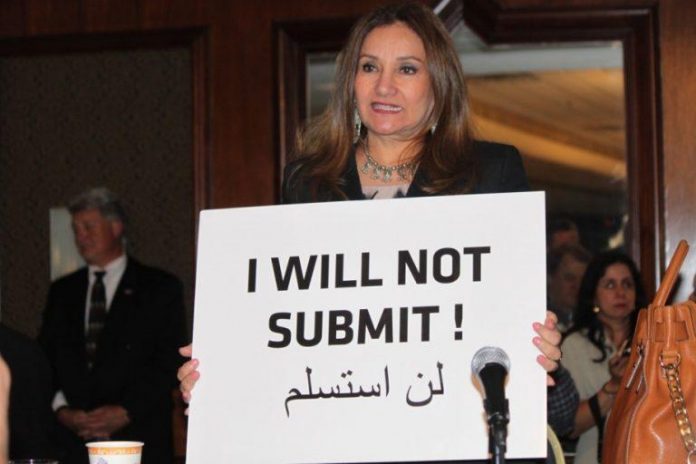 It is not just Sharia that is in conflict with Western laws but values practiced in Islamic society are often diametrically opposite to Biblical Values.

3. Confession of Sin vs. Concealment of Sin

4. Redemption from Sin vs. Immunity from Sin

6. Love Your Neighbor vs. If Neighbor is non-Muslim, convert or kill him.

8. Guided by the Holy Spirit vs. Manipulate/control by Human Terror. Principle of Tarhib/Targhib, Terror/Lure Principle.

9. Fear Not! VS. Fear is used as a Tool for compliance.

10. Do to others (All Humans) as you would have them do to you VS. Islamic Principle of Alwala wal bara: Loyalty and Enmity: Relations are determined by Islamic law. Loyalty to Muslims and Enmity to non-Muslims regardless.

11. Free Will and freedom of belief. VS. No free will / Islam is the only religion on earth that legally must execute those who leave it.

12. Religious sin is to be judged by God VS. Religious sin, (such as not praying or fasting) to be enforced by the State, or citizens over one another.

14. Bible wants us to Transform/ be Renewed. Yom Kippur is about renewal VS. Islam focuses on Conformity/Submission.

16. Self-Control VS. Controlling Others

18. God is a Redeemer/human dignity is important VS. One of Allah’s names is ‘Humiliator’. Jezya/taxes on Kafir to be collected while ‘belittling’ them.(Sagheroun)

20. Healing of Spirit, Body, and Soul VS. ‘Healing’ NOT an Islamic principle.

21. Jesus came to Save Us vs. We Have to Save Allah and Muhammad’s reputation.

22. Jesus Died For Us vs. We Must Die for Allah while killing His enemies.

23. At War with spiritual darkness/wickedness/the Devil/ but NOT flesh and blood VS. At War literally with Flesh/Blood (groups of people/enemies of Allah)

24. Thou Shalt Not Bare False Witness/Truth will set you free VS. Lying, Slander and exaggeration are Obligatory if benefitting Islam.

25. Life Is Sacred VS. Death Is Worship.

27. Prayers for All vs. Prayers Only for Muslims.

28. Vengeance Is Mine/the Lord’s VS. Vengeance is ‘Prescribed’ for Muslims.

29. Forgiveness and Mercy VS. Reveling in Un-forgiveness.

31. Both Men and Women Shall Not Commit Adultery vs. Adultery is punished by death but is hard to prove for men since men could have up to 4 wives even without written contract.

34. More than Conquerors VS. To Conquer Is to Prevail.

35. God Loves Us All VS. Allah Hates Non-Muslims.

38. Humility is a value VS. Pride and shame, are tools of control and child rearing.

39. Envy Is a Sin VS. The Envious could put an Evil Eye spell on those who Envy.

42. Bible promotes Self Reliance VS. Dependency/Reliance on Caliphate (government).

43. Stealing Is a Sin VS. Seizing Non-Muslims’ Property/wealth is a Right.

44. Thou Shalt Not Covet VS. Covet and take wives and property of conquered enemies in jihad.

46. Constitutional Republics VS. Totalitarian Theocracy according to Sharia Western democracies condemned as illegal.

47. Bible encourages us to Control Sin VS. Islam is in constant struggle to Control Governments and citizens through Sharia.

48. The Kingdom of God Is Not of This World VS. Allah and the State Are One.

49. Government Serves the People VS. The People Serve the Islamic State.

51. Joy is a value VS. Shame in expressing joy.

53. We are not to judge VS. Allah gave Muslims his authority to judge, be judge, jury and executioners over others.

54. Co-existence, The Bible says “The wicked will prosper on Earth, the sun will rise over the good and the bad. So we must CO-EXIST. VS. REPLACEMENT, Islam aims at replacing ‘not co-existing’ with other religions.

56. Go and make Disciples VS. “We have made LAWFUL to you” the slave girls on top of your wives, slaves like a product to sell.

Mohammed and his book were double minded. They had to resort to Law of Abrogation to solve the Islamic problem of contradictions in Quran.