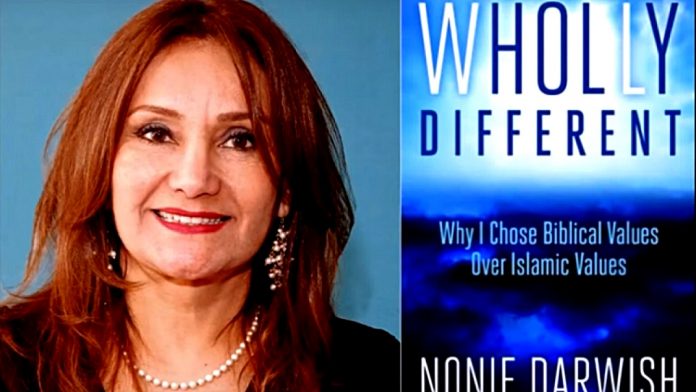 The following laws are found in mainstream Islamic Law Books, such as “Reliance of the Traveler”, which has the stamp of approval of top Islamic religious leaderships in the Middle East, including al Azhar University, in Cairo:

1- Non-Muslims living in a majority Islamic State must live by and comply with sharia. For example: A non-Muslim cannot rule even over a non-Muslim minority. However, the opposite is not allowed.

2- Anyone who leaves Islam must be executed. “Muslim (any Muslim) will not be subject to retaliation (legal prosecution) if they kill an apostate (someone who leaves Islam) since it is someone who deserves to die.” (law 08.4). Meaning: if the Islamic government does not enforce Sharia’s execution of apostates, then the public should enforce it. Sahih Bukhari Volume 4, Book 52, Hadith 260

3- Parents and/or grandparents will not be prosecuted for slaying/killing their offspring or offspring’s offspring. (O2.0 p584) Even though Islam supposedly abolished killing infant girls, this law, is significant in getting those who honor kill, off the hook.

4- There are no laws against abortion in Islamic religious laws.

7- Slander and exaggeration are allowed if the purpose is lawful. R2.16 p. 737 Thus, no guilt or shame should be associated with slander of the enemy.

8- Jihad defined as “to war against non-Muslims (Jews, Christians and Pagans) to establish the religion (Islam).” When jihad is mentioned in Kuran, 96% it refers to violence and war.

10- “Not performing jihad or fleeing from combat with unbelievers” is a capital ‘enormity’ crime. W52.1 (377) p. 987. Muslim Caliphs (Rulers) who refuse jihad are in violation of Sharia and unfit to rule.

11- A Caliph (Muslim head of state) can hold office through seizure of power meaning through force. This allows for opposition to have the legal right to have a coup against a Muslim leader perceived as unfit to rule.

12- A Caliph is exempt or immune (Maasum) from charges of murder, adultery, robbery, theft, drinking and in some cases of rape. (Codified Islamic Law Vol3 Law# 914C, and in Hanafi Law book HEDAYA page 81.

14- The Muslim public must remove the Caliph if he rejects Islam or refuses to rule by Sharia.

15- Any government, ultimately, must be ruled by Sharia and by a Muslim head of state.

16- A percentage of Zakat (alms) must go towards jihad.

17- It is obligatory to obey the commands of the Caliph (Muslim head of state), even if he is unjust.

18- A caliph must be Muslim, non-slave and male.

19- Slavery is highly regulated in Sharia and never taken out or declared forbidden in Islamic books.

20- Women are forbidden from becoming president or judge under Islamic law.

21- A non-Muslim cannot inherit from a Muslim. It is a crime for a non-Muslim to sell weapons to someone who will use them against Muslims.

22- No testimony in court is acceptable from people of low-level jobs, such as street sweepers or bathhouse attendants. Women in low-level jobs are not awarded custody of children in case of divorce.

23- Homosexuality is punishable by death.

24- There is no age limit for marriage of girls. The marriage contract could take place anytime after birth and consummated at age 9.

25- A husband has the legal right to beat his ‘disobedient’ wife and does not have to say why to her family or police.

26- Rebelliousness on the part of the wife nullifies the husband’s obligation to support her and gives him the right to keep her from leaving the home.

27- Divorce is only in the hands of the husband and is as easy as verbally saying: “I divorce you” and be-comes effective even if the husband says ‘he did not intend it.’

28- A wife has no right to divorce husband even if he is polygamous with additional wives.

29- There is no community property between husband and wife and the husband’s property does not automatically go to the wife after his death. A wife is part of a long line of people to inherit from husband.

32- A man has the right to have up to 4 wives, before or after marrying his first wife. No permission of first wife is needed.

33- Marriage is a buyer/seller contract where by the dowry is given in exchange for the woman’s sexual organs.

34- A man is allowed to have sex with slave women and women captured in battle, and if the enslaved woman is married her marriage is annulled.

35- The testimony of a woman in court is half the value of a man.

36- A woman looses custody if she remarries.

37- To prove rape, a woman must have 4 male witnesses. (Almost an impossibility and that is why there are almost no reports of rape in the Muslim world)

38- A rapist may only be required to pay the bride-money (dowry) as punishment without marrying the rape victim.

39- A Muslim woman must cover every inch of her body, which is considered “awrah,” like a sexual organ. Not all Sharia schools allow the face of a woman exposed.

40- A Muslim man is forgiven if he kills his wife if she’s caught in the act of adultery. But the opposite is not true for women since he “could be married to the woman he was caught with”. Thus loyalty is only required from wife and not husband.

41- Banking systems must be Sharia compliant regardless of economic impact.

42- Free speech is extremely restricted and unprotected. Criticism of Islam, Quran or Sharia itself is harshly punished.

43- Both Muslims and non-Muslim critics of Muhammad will be executed even if they repent.

THREE THINGS ABOUT SHARIA everyone should know:1) Sharia has two sets of laws, one for Muslims and one for non-Muslims, one for women and one for men. 2) Sharia violated all the Ten Commandments. 3) Sharia is focuses on political dominance and not on human rights or individual freedoms.

By: Nonie Darwish author of the first book written in the west on sharia and its implications: “Cruel and Usual Punishment; The Terrifying Global Implications of Islamic Law”