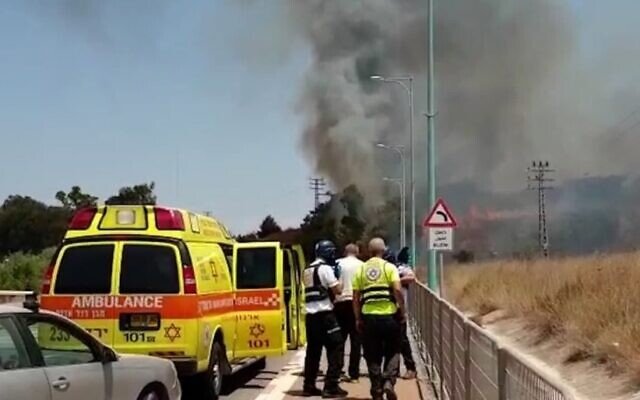 The surprise sirens sent residents scrambling to shelters in the frontier town. Explosions were heard in the area and videos showed smoke rising from an impact site. One of the rockets caused a large fire in a field near Kiryat Shmona. 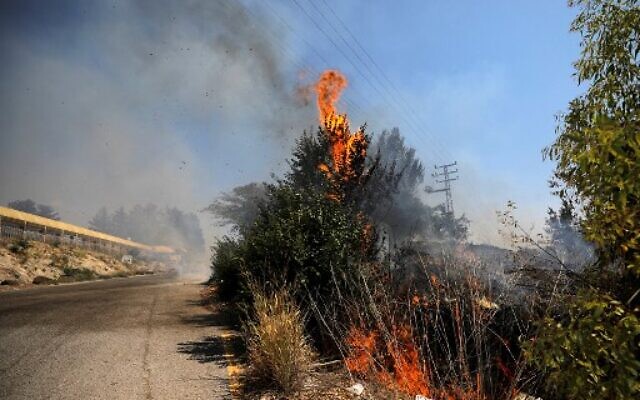 The local municipality said it had opened shelters in the city but that residents could continue with their daily routines. The military said there was no immediate change in instructions for residents of towns near the border.

When the sirens began to sound, Avichai Danino was in the cemetery in Kiryat Shmona to visit his father’s grave on his birthday.

“We kissed the grave and lay down on the floor,” he told the Ynet news site. “The rocket fell near the cemetery and close to our car — I don’t know how it wasn’t destroyed.” 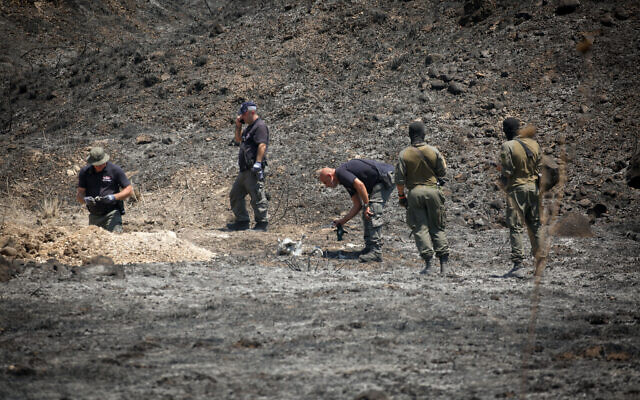 Israeli security forces at the scene where a rocket landed near the city of Kiryat Shmona, August 4, 2021 (David Cohen/FLASH90)

Local resident Yair Elgrably told Kan news that he did not have much warning as one of the rockets landed close to him just as the sirens began to wail.

“I was just carrying on with my day when suddenly there was a siren and an impact, both at the same time,” he said. “Yesterday there were all kinds of explosions at night and now a rocket fell 200 meters from us.”

During May’s 11-day war in Gaza, as well as last month, a number of rockets were launched from Lebanon into northern Israel. The military assessed at the time the rockets, too, had been launched by a local Palestinian group, not by Hezbollah. 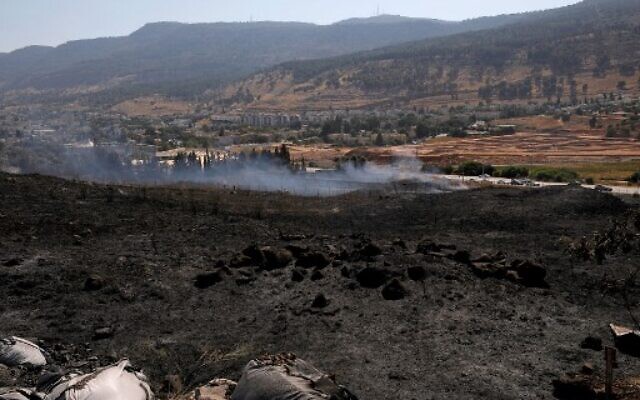