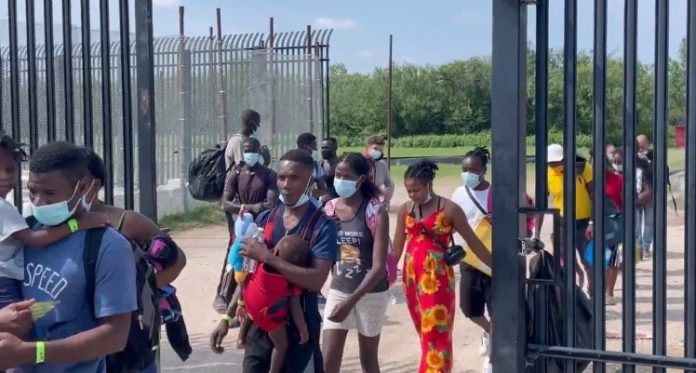 A record 210,000 illegal aliens were apprehended at the US southern border during the month of July. This was a 21-year high number for apprehensions. And this also happened to take place as government officials forced Americans to mask-up and get vaccinated.

The “Biden Effect” is in full swing at the open border today.

The Center for Immigration Studies released this statement on Tuesday.

Washington, D.C. (August 3, 2021) – A Center for Immigration Studies’ analysis of the reported July border apprehension numbers show an increase in illegal entries into the United States for the sixth consecutive month of the Biden administration. The number of illegal immigrants encountered by CBP reached 210,000 during the month of July, an average of 6,770 a day, defying the decline typically recorded during the hot summer months.

Todd Bensman, the Center’s senior national security fellow, said, “July’s 200,000-plus encounters exceeded the monthly total of 188,829 immigrants encountered in June, a number that until July was the largest in a single month in 21 years. That would bring the number of CBP encounters just thus far this fiscal year, which ends September 30, to an overpowering 1.3 million. U.S.-Mexico border apprehensions last reached the million mark in 2006.  What the data does not show are the additional 37,000 illegal immigrants who are estimated to have evaded Border Patrol entirely.”

The July numbers, once finalized and released in a couple of weeks, will show that the border crisis is escalating further into a crisis that will defy any semblance of control, short of a radical about-face by the Biden administration. Few signs point to any such policy reversal, although the White House has tentatively begun long-haul deportations to Central America aboard ICE planes.

In January 2020, the crisis started its run-up to July’s record when aspiring immigrants in Central America and beyond witnessed every Democratic candidate (including Biden) promise, during internationally televised primary debates, to welcome in all illegal entrants, halt interior removals, end Trump’s deportation and asylum policies, provide amnesty to everyone illegally present, and even provide free health care.

This “Biden Effect,” was easy to predict based on the statements of the immigrants themselves, who were saying out loud that they could not resist the promise of the coming Democratic border policies. Even a Department of Homeland Security national threat assessment, released in October 2020, predicted the current mass illegal immigration crisis at the southern border.