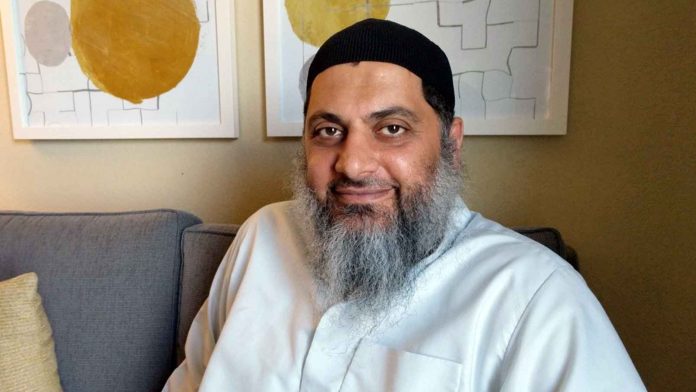 Joe Kaufman is a Shillman Journalism Fellow at the David Horowitz Freedom Center and the Chairman of the Joe Kaufman Security Initiative. He was the 2014, 2016 and 2018 Republican Nominee for U.S. House of Representatives (Florida-CD23).

South Florida imam Fadi Yousef Kablawi (Qablawi) admits to hating a multitude of people, including many if not most of his fellow Muslims. He refers to them as kafirs, the Arabic term for unbelievers or enemies. Yet, his greatest wrath is directed towards Jews. He recently described them as “the lowest of the lowest.” The US government believes Kablawi is a member of ISIS and a danger to society. Others believe he has encouraged terrorist acts from his followers, one of which sits in prison for threatening to murder the heads of local colleges. Now, the mosque he heads is looking to expand in a big way. What will stop this growing menace in Miami?

Fadi Kablawi, imam of the North Miami Islamic Center, Masjid As Sunnah An Nabawiyyah, was born in Amman, Jordan, in 1978. According to him, his father was a Palestinian refugee, who, in 1948, was “chased out of his home, when he was one-year-old,” by the inhabitants of the new Israel, which he labels the “Jewish cancer.” Being of Palestinian-origin, Kablawi, his parents and his numerous siblings were probably treated as second-class citizens in Jordan. His intense hatred of Jews could have been spitefully fostered, in part, out of misplaced blame for his and his family’s situation. Regardless of his reasons or motives, his attacks against Jews are many.

In January, Kablawi stated that Jews “deserve the wrath of Allah… because he knows what the truth is… [H]e knows what’s right, but his intention is evil.” Kablawi claimed, “93% of the Jews today… are not Jews… You go to Aventura, [Florida] and do DNA test – these who call themselves ‘Jews.’ Bring me any connection they have with that region, the Middle East… To be a Jew, you have to be from there. There’s no other alternative.”

In May, Kablawi said, “[T]he Jews cry every year – What every year? – every minute about the Holocaust. And they make it the worst thing happen in history for any group of people… I don’t believe everything you say about the Holocaust. I don’t respect how you take advantage of that. You didn’t suffer… When you come and say, ‘We want money for our great-grandfathers, who were burned by Hitler,’ you’re capitalizing, just as usual. You love money.”

In June, Kablawi stated, “You took it [Palestine] away from me, you kicked my father, and thus you kicked me. And you brought those Hasidic and those infectious, cancerous cells.” Kablawi gleefully discussed about how Muslims living in Israel fool Jews by using the loudspeakers from their mosques to play warning sirens that normally inform people of danger from rocket attacks “and they video these Jews how they get scared and start running right and left…”

Fadi Kablawi is a cruel and vengeful man, who gains pleasure by seeing people running scared toward bomb shelters, due to false alarm pranks, and who downplays the horror of the Holocaust, while mocking those calling attention to it. And this cruelty and vindictiveness seems to be shared by Kablawi’s congregation, whose members keep attending and some along with their young and impressionable children. However, Kablawi’s bigotry towards the Jewish community and others may not be the most dangerous aspect to all of this.

In March 2018, Kablawi informed his congregation that the FBI considers him to be a member of ISIS. In December 2013, upon his return trip from Morocco to the US, Kablawi was accused of having explosive residue on his clothing and claiming that he was in possession of a bomb. He was charged with “making terrorist threats at an airport” and “the false reporting of a terroristic incident in the second degree,” and he was sent to the Rikers Island Jail Complex. According to Kablawi, he accepted a plea agreement that “reduced all charges to disorderly conduct.” Kablawi had at least one other incident where he was accused of saying he had a bomb.

In November 2019, one of Kablawi’s congregants, Salman Rasheed, was arrested for soliciting an individual to contact ISIS in a plot to murder the deans of both Broward College and Miami Dade College, two educational institutions that had previously taken disciplinary action against Rasheed. Rasheed posted on Facebook, “Americans Are Our Greatest Enemy After Israeli Yahuds” and “Americans will pay Inch by Inch For everything they have done to us…” Kablawi, who met with and spoke with Rasheed on several occasions, calls Rasheed a “good brother.” Rasheed’s mother accuses Kablawi of having brainwashed her son to commit terrorist acts.

According to Kablawi, he is currently on the US terrorist watch list, and his congregant/follower Rasheed is currently behind bars. While it is true that Kablawi’s bigoted rhetoric is reprehensible and should be repudiated and his mosque’s tax exempt status potentially revoked, it is his alleged terror links that should have the community very worried and wary. That said, Kablawi’s mosque continues to grow. Now, they are planning a move into a brand-new 30,000-square-foot-plus building, where they would house their mosque, a children’s school, and a business center. It is a frightening development from an outfit that spews such dangerous venom.

If the government wishes to protect the community from threat, both Kablawi and his Islamic center need to be shut down immediately, before the center becomes so big that it is impossible to get rid of and produces more terrorist wannabes, like Rasheed.