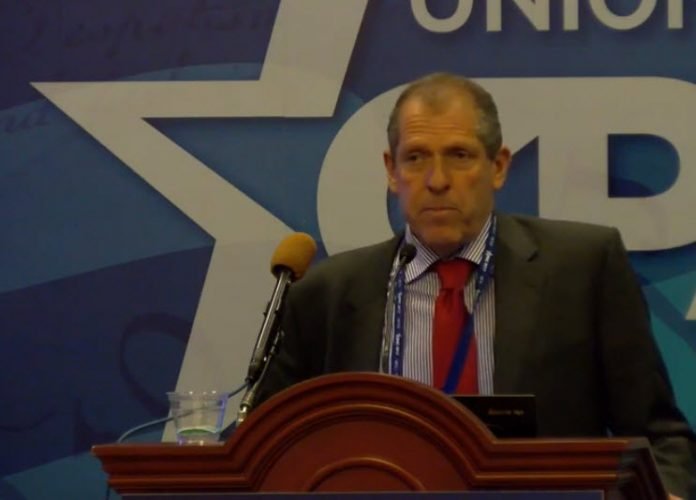 Some recent stories show the lying deceitful Left for what it really is.

Climate critic Tony Heller put out a video showing how NOAA and NASA – two federal agencies deeply committed to the phony climate change narrative – are lying to the public in their statistics.  Temperature data shows a cooling trend since a peak in the 1930s.  There used to be more than 1,200 temperature reporting stations in the U.S.   Now there are 800.  What NOAA did was just fill in missing temperature data from 400 nonexistent stations with guesses from a computer model.   And not just any model.  It was the model that predicts global warming.  So they put in phony numbers from the global warming model and pretended to the public that a cooling trend is actually a warming trend.  Not only that, the whole thing is circular:  the global warming model spits out completely made-up temperatures and the phony temperatures prove the model.  Your tax dollars at work.  The government tries to dismiss Tony Heller as a ‘conspiracy theorist’ because it can’t deal with what he’s saying.  Meanwhile, one climate modeler at NASA apparently didn’t get the memo and admitted recently all the climate models over the last 40 years have been way off and real temperature data has been cooler than even the lowest of all the climate models predicted.

That’s not the only recent example of the lying deceitful Left.  Two weeks ago, I sounded the alarm about the Democrats sneaking a huge policy change – amnesty for millions of illegal aliens – into what is supposed to be a budget bill.  They kept it very quiet and I only heard about it by accident.  [Daily Skirmish 7/16/21]  Since that time, the Biden administration proposed a rule that would do away with the Obamacare requirement that health insurers state the cost of abortion coverage separately on their bills.  Obamacare is subsidized coverage, so the upshot of the rule change is to hide the fact from everybody who doesn’t read the Federal Register that federal taxpayers are partially paying for abortion coverage for Obamacare recipients.

It’s been reported the government is using far-Left groups to knock on doors to tell people to get vaccinated and that the groups register people to vote if they agree to take the shot, presumably because such people are more likely to vote Democrat.  So much for phony public health measures.

Then we have the public school district in Minnesota that told students not to tell their parents about a so-called “equity” survey.  A fourth-grader later testified at a school board meeting the students couldn’t “repeat any of the questions to our parents.”  She went on to tell the board, “Being asked to hide this from my mom made me very uncomfortable — like I was doing something wrong.”  A boy in her class was confused by a question asking for his gender identity and wanted to clarify the question with his parents, but the teacher told him he couldn’t.

Here’s my question: if this survey is so great, why wouldn’t you want the whole world to know about it?

Isn’t there something wrong when the Left has to be so sneaky and devious, fake its data, hide its true agenda, and turn children against their parents to make its case?  You have to understand the Left’s mentality.  These are not bad things, they’re good things in the eyes of the Left, because winning is the ONLY thing.  But, as George Orwell said, people who use corrupt means to pursue supposedly noble ends will never reach their noble ends because they will become too corrupted in the process.  Boy, ain’t that the truth.  The corrupt, sneaky, devious, lying deceitful Left shows us that every day.  You might even say they lack a moral compass, but I wouldn’t want to be unkind.