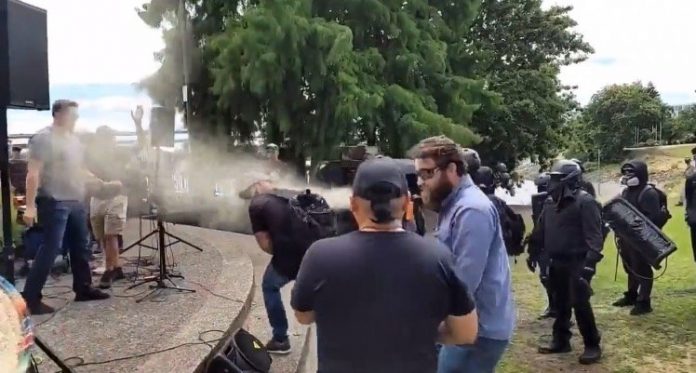 Antifa used weapons and pepper-spray to attack the Christians.

On Saturday in Portland, antifa gathered to violently shut down a Christian group that gathered to pray. Antifa can be seen pulling apart the speaker equipment. An attendee told me children & families were attacked. Police were called but didn’t respond. pic.twitter.com/QvSCmu06B0

Portland police were called but did not respond as Antifa goons grabbed the Christian group’s sound equipment and threw it into the Willamette River.

According to witnesses, the children present were also hit with projectiles and pepper-spray.

A woman who attended the prayer group described the violent attack.

Antifa terrorists threw flash bombs at the children and attacked the pastor.

A woman attendee of the family Christian prayer event at the waterfront in downtown Portland describes what happened when antifa attacked them. pic.twitter.com/OtbHVftDor

Portland Police confirmed they made no arrests today and “had no interaction with either group.”