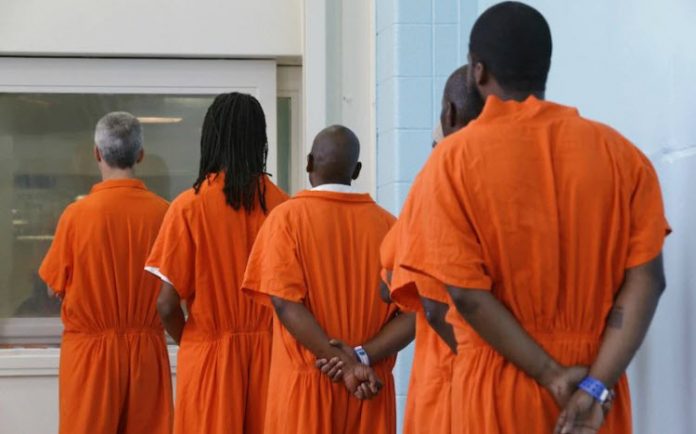 A recent Department of Justice report evaluating the Federal Bureau of Prisons exposes incidents of convicted terrorists being allowed to lead religious services. Citing the absence of concern about that, one of the leading experts on counter-terrorism says “public apathy is often the unseen enemy.”

The July 2021 “Audit of the Federal Bureau of Prisons’ Management and Oversight of its Chaplaincy Services Program” disclosed that some prison religious services were being led by convicted terrorists. American Family News spoke to Patrick Dunleavy about the startling report released by the DOJ’s Office of the Inspector General.

“The report revealed that – in at least four federal prisons – inmates convicted of terrorist crimes were allowed to lead the services,” states Dunleavy, the former deputy inspector general for New York State Department of Corrections.

While the report did not specifically identify the services as Islamic services, Dunleavy – the senior fellow at the Investigative Project on Terrorism – makes his own conclusion, noting that the report did identify a few terror groups with which some of the inmate leaders were associate, including al-Qaeda, ISIS, al-Shabaab, and others.

“They were Islamic services – and the chaplains in question who allowed the services to be conducted by inmate leaders were Muslim,” he offers.

The two following excerpts from the report bear out Dunleavy’s argument:

“[It was] found that an al-Qaeda affiliated inmate, who was convicted on terrorism charges, was permitted to lead services on a frequent basis. The facility’s chaplain explained that the inmate was selected to lead services by the other inmate faith group members due to his extensive faith knowledge and Arabic fluency.”

“At two other facilities we learned that inmates with ties to two prominent terrorist groups, the Islamic State of Iraq and Syria (ISIS) and Al-Shabaab were permitted to lead services, with at least one doing so on a regular basis at this facility.”

According to Dunleavy, these types of incidents are not new revelations of prison religious services.

“This has been going on for some time in both the federal and state correctional facilities,” he tells American Family News. And while the warden of the facility is partly responsible for allowing these particular inmate-led religious services to occur, he contends “the overall responsibility to see that the agency is following the security guidelines is the Director of the Bureau of Prisons, Michael Carvajal.”

Dunleavy confirms that implementing the guidelines recommended by the DOJ Inspector General could help curb the instances of Islamist extremists acting as religious leaders, pointing out that “the specific recommendation was to monitor the religious services both electronically and with security staff.” Another important recommendation included the proper vetting of religious service workers and volunteers, he adds.

IG reports have always been available and easily accessible to the public, and Dunleavy contends there has been a failure to implement the necessary, preventative changes that were recommended almost 20 years ago and in years to follow.

“[But] the public becomes complicit with the offenders when they fail to hold accountable those in charge of the Bureau of Prisons,” he concludes.

To eliminate that complicity – and to prevent this practice from continuing – he recommends elected officials be contacted and urged to demand an investigation by the House and Senate congressional committees that have oversight of the Bureau of Prisons.

Patrick Dunleavy is the author of “The Fertile Soil of Jihad: Terrorism’s Prison Connection.”