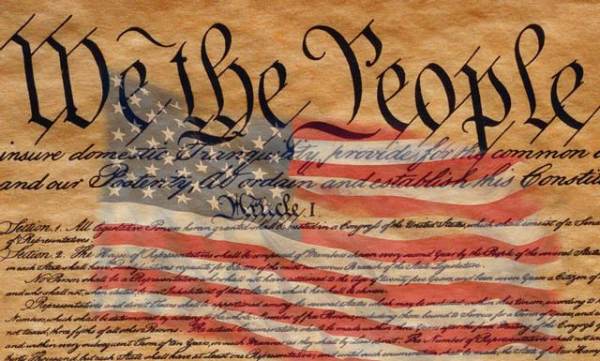 Americans across the country are tired of the takeover of individual rights by the radical communists who will do anything for power.  One group is promoting a better understanding of our rights and the federal government’s limited authority as a remedy.

A couple of men in Montana met (John Sheets, a lover of American history, met Darin Gaub, a well-known leader in the Montana conservative movement) and put together the Restore Liberty organization.

Together, they wrote a document called the Declaration of Constitutional Consent and founded the organization called Restore Liberty (https://restore-liberty.org/ ). The declaration they created does not serve to replace any founding document, but instead outlines the original intent of the founders when they wrote those documents: to call to light the strictly limited authority of the federal government, and to enumerate many of the abundant violations of the compact that is the Constitution. Finally, it declares that because the limited authority that is held within central government is solely derived from the consent of the people within the sovereign states, any act of the federal government outside of that consent is illegal, and compliance will not be given.

This is not a novel idea. In fact, it was dusted off from Thomas Jefferson’s and James Madison’s own declarations in the same vein, as well as the debates over the ratification of the Constitution. It was repeated by many of the key figures of the founding generation.

For example, Alexander Hamilton (himself a big fan of a powerful central government) said in Federalist 78, “…there is no position which depends on clearer principles, than that every act of a delegated authority contrary to the tenor of the commission under which it is exercised, is void. No legislative act, therefore, contrary to the constitution, can be valid. To deny this, would be to affirm that the deputy is greater than the principal; that the servant is above his master; that the representatives of the people are superior to the people themselves; that men, acting by virtue of powers, may do not only what their powers do not authorize, but what they forbid.”

In other words, anything the federal government does outside of the powers given to it is invalid and void. It’s up to the citizens and the states to declare them void, though, and to act as if they are indeed void. That concept and promise was the foundation for convincing the delegations from the various colonies to ratify the Constitution. It’s the same principle that gave us the Tenth Amendment as an additional reassurance that all powers not delegated to the government of the United States are reserved to the individual states and the people.

Restore Liberty is a non-profit 501(c)(4) organization committed to educating and advocating for the re-adoption of that principle. And advocacy means to engage with local and state leaders to encourage them to endorse the principle and take actions toward that end, when warranted. Restore Liberty has begun collecting signatures on the Declaration of Constitutional consent at their website (and would like people to physically mail the declaration to politicians around the country), have set up state-level leadership in over twenty states, and are actively engaging numerous state legislatures, governors, and influential figures in those states. They are also hosting classes on the original intent of the Constitution and working with key data analysts to identify election integrity issues.

It should be clear to conservatives everywhere that there is no fixing Washington or our dismal direction as a country by simply replacing the bums in Washington with other bums. A careful screening and selection of constitutional conservatives committed to action at the grassroots level is what is needed. As Jefferson avowed, states are “the true barriers of our liberty in the country.” Restore Liberty aims to change the entire culture and thought on how to save liberty in this country, using a very old and proven concept to do it.

The Top Five Lies About Islam You Probably Learned in Church