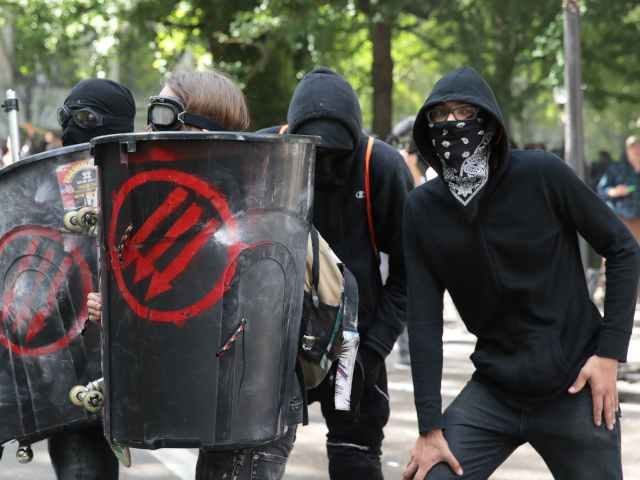 Domestic terrorists – such as racially motivated, anti-government, and anti-law enforcement violent extremists – may pose the “greatest” threat domestically this year and likely into 2022, a top FBI official told lawmakers Thursday.

The official made those comments as she acknowledged that jihadis affiliated with al-Qaeda and the Islamic State (ISIS) remain intent on conducting or inspiring large-scale attacks on the United States.

In written testimony prepared for a hearing by the House Appropriations Subcommittee with jurisdiction over the Department of Justice (DOJ), Jill Sanborn, the executive assistant director for the FBI’s National Security Branch, suggested that Domestic Violent Extremists (DVEs) pose a more significant threat than jihadis.

She indicated that domestic terrorists, or DVEs, include groups or individuals from the right and left of the political spectrum.

Looking forward, the FBI assesses DVEs pose an elevated threat of violence to the United States, and that some of these actors have been emboldened in the aftermath of the [January 6] breach of the US Capitol.

We expect Racially or Ethnically Motivated Violent Extremists, Anti-Government or Anti-Authority Violent Extremists, and other DVEs citing partisan political grievances will very likely pose the greatest domestic terrorism threats in 2021 and likely into 2022.

She vowed that the FBI would pursue DVEs, like rioters who destroy property and individuals who commit violent assaults against law enforcement regardless of their political ideology.

Regardless of their specific ideology, the FBI will aggressively pursue those who seek to hijack legitimate First Amendment-protected activity by engaging in violent criminal activity such as the destruction of property and violent assaults on law enforcement officers that we witnessed on [at the U.S. capitol] January 6 and during lawful protests throughout the United States during the summer of 2020.

We will actively pursue the opening of FBI investigations when an individual uses or threatens the use of force, violence, or coercion in violation of federal law and in the furtherance of social or political goals.

Individuals who commit violent criminal acts in furtherance of social or political goals stemming from domestic influences—some of which include racial or ethnic bias, or anti-government or anti-authority sentiments—are described as DVEs, whereas HVEs are individuals who are inspired primarily by global jihad, but not receiving individualized direction from Foreign Terrorist Organizations (FTOs) .

“Anti-Government or Anti-Authority Violent Extremists were responsible for three of the four fatal DVE attacks in 2020. Also, in 2020, we saw the first fatal attack committed by an Anarchist Violent Extremist in over 20 years,” Sanborn noted.

Amid the 2020 summer riots, then-Attorney General Bill Barr described violence at the hands of the radical anarchist group Antifa as domestic terrorism that would be “treated accordingly.”

The FBI remains concerned that foreign terrorist groups, such as ISIS and al-Qa’ida, intend to carry out or inspire large-scale attacks in the United States. Despite their loss of physical territory in Iraq and Syria, ISIS remains relentless in its campaign of violence against the United States and our partners, both here at home and overseas.

She noted that ISIS advocates lone-wolf “attacks against civilians, the military, law enforcement, and other intelligence community personnel.”

She also noted that Hezbollah poses a threat to U.S. interests abroad and the American homeland.

According to Sanborn, jihadis pose “the greatest, most immediate [international terrorism] threat to the United States.”

Sanborn acknowledged that the FBI continues to consider “lone actors or small cells who typically radicalize online and look to attack soft targets with easily accessible weapons” to be the “greatest terrorism threat to the United States.”

She pointed out that the lone-wolf threat manifests within DVEs and HVEs.