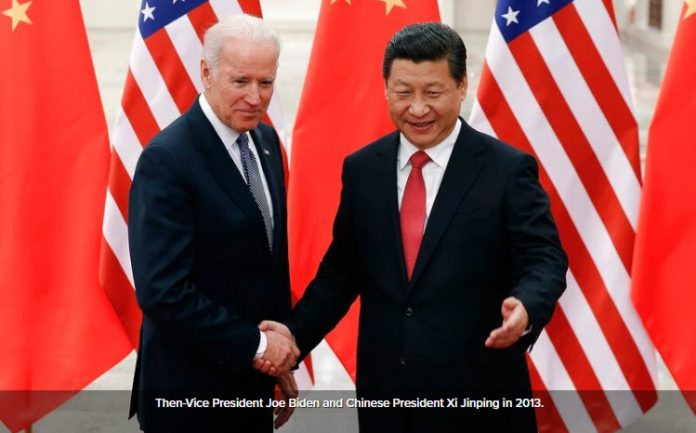 According to a former federal agent, the Biden administration is doing little to deter Chinese spying in the U.S. – which the agent says continues to be “routine and pervasive.”

“China is moving aggressively around the world in nearly every sphere of influence with the obvious goal to become the dominant superpower,” Cutler explains, “[and] the bottom line is that America’s national security and technological prowess is being undermined by Chinese espionage.”

And that’s the rub, says the former federal agent, when it comes to the Biden administration – which he contends is failing in what should be its primary mission: protecting national security and public safety.

“For decades,” he continues, “China has engaged in a massive campaign to conduct wide-ranging espionage in the United States to steal materials that relate to the U.S. military, as well as industrial research conducted in civilian endeavors that include manufacturing and medical research.”

Cutler recalls what he considers a disconcerting article and subtitle from The Atlantic two years ago, which read:

The retired INS official points to a second article published by The New York Times almost a year later. An important subtitle with that article points to arrests made as “part of a Trump-era initiative aimed at curbing Beijing’s efforts to steal intellectual property, corporate secrets, and military intelligence.”

In an article last month for USInc.org, Cutler pointed out that Biden’s Department of Justice dropped criminal charges lodged against five Chinese spies.

“Those arrests,” he tells AFN, “were part of a spate of cases involving researchers and academics who had ties to China as the Trump administration was aggressively seeking to end Beijing’s efforts to steal intellectual property, corporate secrets, military intelligence, and other information which could be used to expand its global influence.”

At the time, Cutler explains, the U.S. ordered China to close its Houston consulate – a decision made in response to accusations the outpost was being used as a hub for “massive illegal spying and influence operations.” China denied the allegations and, in retaliation, forced a U.S. consulate in Chengdu to close.

Trump vs. Biden … a marked contrast

Under the Trump-era initiative, the Justice Department prosecuted people affiliated with the Chinese government for major computer breaches and for economic espionage, Cutler notes.

“It also cracked down on China’s efforts to cultivate and influence academics at American colleges and research centers, arresting academics accused of improperly sharing technical expertise and other research,” he adds.

The Justice Department said more than 1,000 researchers affiliated with the Chinese military left the United States after the arrests last summer. “The Trump administration was the first administration in many years to confront this threat, posed by China, head-on,” Cutler emphasizes.

“The fact [that that many] Chinese researchers fled the United States during the Trump era demonstrates just how effective the Trump administration policies were,” he argues.

“But as the saying goes, that was then and this is now,” he continues. “With Biden in the Oval Office, it is clear that the new sheriff in town is charting a very different course – [and it’s a] dangerous course.”

The former INS official says the alleged spies were accused of committing visa fraud in addition to other related crimes, but the visa fraud charges have been dropped.

“The excuse for this action was that since they had been in custody for more than one year, and purportedly the penalty for visa fraud carries a penalty of one year in jail, it was supposedly reasonable to drop the visa fraud charges,” Cutler explains – adding it’s “an utter lie” to use that argument.

“The crime of visa fraud carries with it a five-year maximum prison sentence, unless that crime was committed in conjunction with other crimes, with drug trafficking or with terrorism,” he states. “[And] under those circumstances, the penalties rise dramatically with visa fraud committed in conjunction with terrorism, providing a maximum prison sentence of 25 years.”

Cutler contends “the supposed justification for dropping the visa fraud charges is based on a bald-faced lie, [calling] into question the motivation behind the Biden administration’s decisions.”

A 2020 press release points to a different story. It discloses: “[The researchers] lied about their status as members of the People’s Republic of China’s military forces, the People’s Liberation Army (PLA).” And Cutler contends, “much of the work they were engaged in involved medical research.”

In the wake of the COVID-19 pandemic, it is clear that “medical research” has clear worldwide implications with millions of lives on the line, he points out.