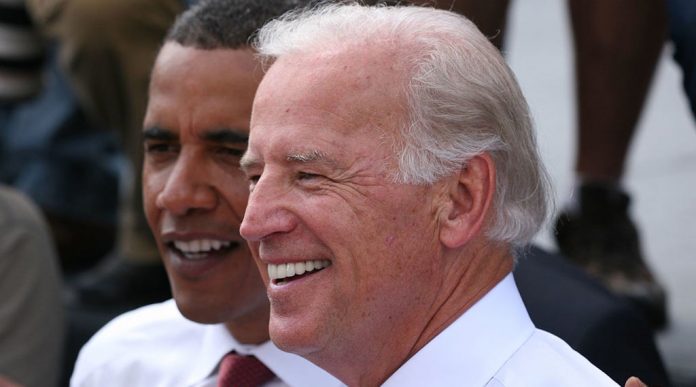 “Rommel, you magnificent bastard, I read your book!” An unforgettable line from the classic movie Patton. George C. Scott, in the title role as the legendary General George Patton, is surveying the battlefield from his command post. He senses that his U.S. forces will rout the Germans, led by the brilliant Field Marshal Erwin Rommel, in this pivotal World War II tank battle in Tunisia. Why would the Americans be blessed with victory? In large part because Patton, himself a military genius, took the time to thoroughly study Rommel’s book on battlefield tactics and strategy during the previous war, World War I. Patton believed in the value of knowing his history, learning from his adversaries and avoiding the mistakes of his predecessors.

I truly wish President Joe Biden were interested in learning from history. Tragically, however, the pattern is becoming more pronounced every day: instead of learning from the mistakes of the Obama administration, many of them, by the way, his own mistakes as Obama’s vice president, Biden is following in Obama’s ill-fated footsteps. In fact, Biden’s foreign policy is so unoriginal that you could almost describe the “Biden Doctrine” — as more and more left-wing pundits are calling it — as “Obama on steroids.”

As the disaster in Afghanistan sadly illustrates, it is especially Biden’s “doctrine” in the Middle East that is nothing other than Obama on steroids, more like a super-charged Obama 3.0 than even Obama 2.0.

Upon taking office approximately seven years after 9/11, Obama wanted to forget the lessons of that terrible September day. He fundamentally changed America’s perspective on the challenges and threats to our national security, especially in the Middle East and North Africa region. He embraced many groups and individuals that the U.S. had previously shunned because of their links to radical jihadist movements and theology.

In June 2009, during his first visit to the Middle East, Obama gave a major speech in Cairo. Many may not remember what he said, but they will never forget the symbolism of having leaders of the Muslim Brotherhood (MB) in the audience sitting in prominent positions. Many governments in the region consider the MB to be a terrorist organization. At the very least, the MB has a history of engaging in violent activities. It is decidedly anti-Western and anti-American. Many MB members are known terrorist leaders, and radical Islamist ideology is widespread in the MB.

Less than two years later, the Obama administration supported the Arab Spring as it rocked the Middle East. As part of its naïve — and ahistorical — utopianism, the Obama administration tolerated the overthrow of Egyptian President Hosni Mubarak, because he was an autocrat. Mubarak was certainly far from an ideal ruler, but he was an ally of the U.S. and a powerful force against radical Islamism and jihadist terrorism. In a region full of sworn enemies of Israel and the United States, Mubarak maintained full diplomatic relations with Israel.

When Mubarak fell, Egypt came under the control of the Muslim Brotherhood. It didn’t turn out well. Roughly two years later the MB-backed government, which was rapidly proving to be fully as authoritarian and anti-democratic as its worst enemies feared, was itself overthrown.

This scenario repeated itself in Libya when Obama allied with the radical groups that wanted to overthrow Gaddafi. I had met with Gaddafi three times. His history of totalitarian leanings, support of terrorism and government-sponsored terrorist acts was awful. By 2004, however, he was willing to come in from the cold. Realizing it was in his own best interests, Gaddafi credibly told me and other American officials that he would pay reparations to those who died in the downing of Pan Am 103, dismantle his entire nuclear weapons program, and work with the U.S. to fight the threat from radical jihadists. After the U.S., under George W. Bush, renewed diplomatic ties with Libya in June 2004, Gaddafi set about fulfilling the pledges he’d made.

Under Obama that all changed. Ignoring the hard lessons of recent Middle East history again, Obama supported the efforts of radical groups to overthrow Gaddafi. By August of 2011 Gaddafi was gone.

And we all know what happened then. In 2012, U.S. Ambassador Chris Stevens and two other Americans were killed in Benghazi by the Libyan terrorist group Ansar al-Sharia. Also, secret shipments of arms were sent from Libya to the rebels in Syria who were attempting to overthrow the government of Bashar al-Assad. Some of the groups receiving arms from Libya, with at least the tacit support of the Obama administration, became the core of what the world would come to know as ISIS.

As if all that weren’t enough, Libya lacks a functioning government to this day, ten years after Gaddafi was toppled with Obama’s help.

Obama’s record in Iran is arguably worst of all. In pursuit of a flawed nuclear deal, Obama lifted sanctions on the radical regime of the mullahs, the largest state sponsor of terrorism in the world, with proxies wreaking havoc in Lebanon, Iraq and Yemen, to name just the most blatant examples. As I write this, Lebanon has sunk into chaos, a failed state. Hezbollah continues to threaten Israel. A devastating war drags on in Yemen. A revitalized, violently anti-American Iran is the dominant power in Iraq. And Biden wants to revive Obama’s foolish nuclear deal.

We see it now most clearly in Afghanistan: like Obama, Biden is effectively siding with the jihadists. The results are predictably the same: disaster. We may never know if Biden made some sort of implicit deal with the Taliban. Personally, I believe that the administration had at least an understanding with the Taliban. Biden probably thought he could limit the damage, but was then double-crossed by his jihadist negotiating partners. The people of Afghanistan, as we are seeing, will suffer significantly. The U.S. will be at greater risk from reinvigorated radical jihadist movements, not only the Taliban itself but also al-Qaeda and ISIS, who might well now have a new home base in a Taliban-controlled Afghanistan.

I don’t know if Biden cares about history, but he certainly doesn’t understand it. At any rate, he’s reading from the failed playbook of his predecessor Obama.

How can he change course? Here are three must-do steps to implement right now. The Biden administration must:

1. Refuse with absolute consistency to work with radical Islamist groups. Exceptions to this rule must be limited to cases of absolute and immediate necessity. Never trust and always verify, verify, and verify.

2. Step up personal engagement with our allies at the highest level. This must be done by the president himself, not just by the secretary of state or the vice president. Our allies’ confidence in America, and specifically this president, has been shaken severely.

3. Send powerful messages of support to Taiwan, Ukraine, Israel and our allies in Asia such as Japan and Australia especially. These are the partners most at risk because of Biden’s failure in Afghanistan, and his inadequate responses to China and Russia, our other greatest adversaries.

4. Make it clear, now that the U.S. is at a much greater risk than just a few weeks ago, that any attack against the U.S. will be met with the harshest response.

To take these steps in a noticeable and credible manner will not be easy, especially given the skewed worldview of the Biden administration and its progressive base. But it must try. And as Americans, we must all help where we can. Republicans and Democrats must come together to send a message of unity to respond to this international crisis of confidence.

The alternative is not pretty, as we are already seeing. To paraphrase Patton, we’ve already read the Obama playbook that Biden has been following so far. America didn’t like it then, and it won’t like it now.