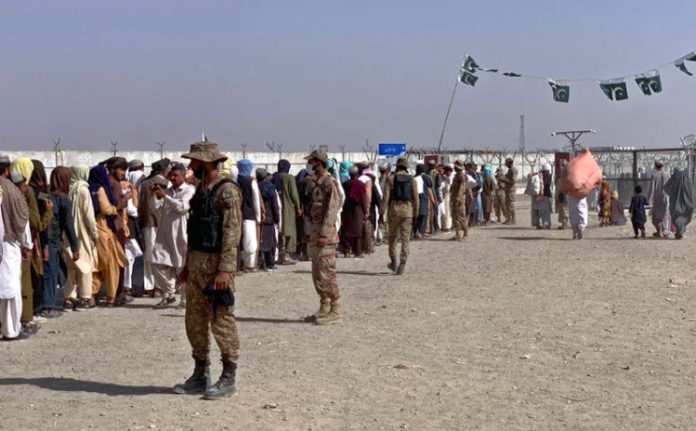 KABUL, Afghanistan (AP) — Potential Islamic State threats against Americans in Afghanistan are forcing the U.S. military to develop new ways to get evacuees to the airport in Kabul, a senior U.S. official said Saturday, adding a new complication to the already chaotic efforts to get people out of the country after its swift fall to the Taliban.

The official said that small groups of Americans and possibly other civilians will be given specific instructions on what to do, including movement to transit points where they can be gathered up by the military. The official spoke on condition of anonymity to discuss military operations.

The changes come as the U.S. Embassy issued a new security warning Saturday telling citizens not to travel to the Kabul airport without individual instruction from a U.S. government representative. Officials declined to provide more specifics about the IS threat but described it as significant. They said there have been no confirmed attacks as yet.

The Islamic State group — which has long declared a desire to attack America and U.S. interests abroad — has been active in Afghanistan for a number of years, carrying out waves of horrific attacks, mostly on the Shiite minority. The group has been repeatedly targeted by U.S. airstrikes in recent years, as well as Taliban attacks. But officials say fragments of the group are still active in Afghanistan, and the U.S. is concerned about it reconstituting in a larger way as the country comes under divisive Taliban rule.