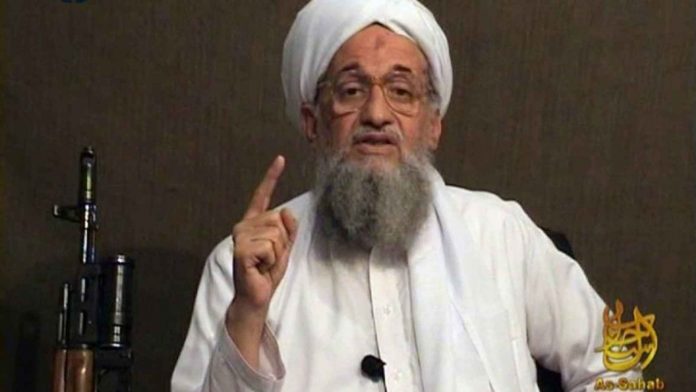 In an interview conducted back in 2005, al-Qaeda’s Ayman al-Zawahiri was asked about the statuses of Osama bin Laden, then leader of al-Qaeda, and Mullah Muhammad Omar, then leader of the Taliban—the two men most implicated for the September 11, 2001 terror strikes on the U.S. (bin Laden for masterminding it, Omar for providing him with logistical aid and sanctuary).

It had been four years since the U.S. had invaded Afghanistan, toppled the Taliban, and sent jihadists of all stripes running; and there had not been a peep from either the leader of al-Qaeda or the leader of the Taliban for quite some time.

Al-Zawahiri’s response, which I translated for inclusion in The Al Qaeda Reader (2007), has always stayed with me.  He said:

Jihad in the path of Allah is greater than any individual or organization. It is a struggle between Truth and Falsehood, until Allah Almighty inherits the earth and those who live in it. Mullah Muhammad Omar and Sheikh Osama bin Laden—may Allah protect them from all evil—are merely two soldiers of Islam in the journey of jihad, while the struggle between Truth [Islam] and Falsehood [non-Islam] transcends time (p.182, emphasis added).

Consider the applicability—if not the prophetic nature—of this response in light of recent developments: twenty years ago, the U.S.A.—the world’s only superpower—invaded Afghanistan, one of the world’s weakest and poorest nations; it made quick work of its enemies and set shop, nation building and importing “democracy”; and it eventually eliminated its archenemies, Osama bin Laden and Mullah Omar.

To any casual Western observer, it was an unqualified and resounding U.S. victory.

And yet…. and yet, two decades, trillions of U.S. dollars, and thousands of American servicemen’s lives later, not only does the U.S. not having anything to show for it, Afghanistan is set to become a much larger threat than ever before (not least as the Taliban—a “radical Muslim” group that has just founded the “Islamic emirate” of Afghanistan—seized billions’ worth of American weapons and equipment).

So what went wrong?  Perhaps the following dichotomy—or rather dictum—may help:  Whereas Muslims take a long, patient view of history, Westerners take a very short, myopic view; whereas Muslims maintain their ways and bide their time in moments of defeat (“we may be down but—so long as we’re not out—we’re still in the game”), Westerners allot too much significance to the temporal—to specific achievements or markers in time and space.

Take a concrete example—the wild euphoria that took the media by storm after the death of Osama bin Laden in 2011.  Then, CNN security analyst Peter Bergen declared that “Killing bin Laden is the end of the war on terror. We can just sort of announce that right now.” Insisting that the “iconic nature of bin Laden’s persona” cannot be replaced, Bergen further counseled that “It’s time to move on.”

Another CNN analyst, Fareed Zakaria, assured us that “this is a huge, devastating blow to al-Qaeda, which had already been crippled by the Arab Spring. It is not an exaggeration to say that this is the end of al-Qaeda in any meaningful sense of the word.”

And yet … and yet, a full decade after bin Laden’s death, not only is his original safe haven, a Taliban-ruled Afghanistan, back in action, but so too is al-Qaeda.

Why?  Again, to quote that terrorist organization’s leader, Ayman al-Zawahiri: “Mullah Muhammad Omar and Sheikh Osama bin Laden … are merely two soldiers of Islam in the journey of jihad, while the struggle between Truth [Islam] and Falsehood [non-Islam] transcends time.”

Kill this or that jihadist; conquer this or that Muslim nation; prop up this or that government and import this or that Western ideology or style of governance—so long as Islam is alive and well, so too will the “journey of jihad” continue, even if as an imperceptible pulse under the surface, revealing itself only when the time is right.

That you can always bet on.