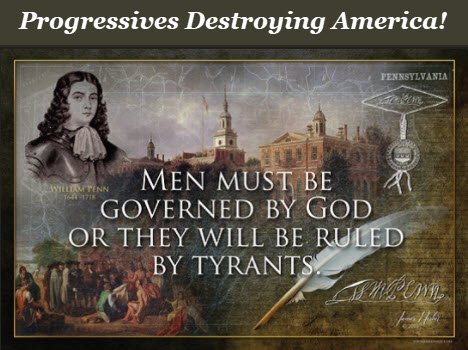 Long before the Supreme Court upheld Roe v. Wade, the 1973 case that sanctioned the killing of unborn babies, there were those who forewarned that legalizing abortion would put America on a slippery slope toward moral decay.

Progressives ignored their heeding and pressed on with an agenda to ensure abortions were legally protected. Today, over 62,000,000 abortions have been reported since that landmark decision was made…legalizing a form of murder.  One has to wonder about people who devote their efforts to exterminating innocent life and consider it a worthy aim.

But apparently, the Progressives’ blood lust is not yet satisfied. Since Biden became President, evidence continues to mount that demonstrates how little regard these social democrats have for human life.

There is no better example than the thousands of deaths that occur as a direct consequence to the Progressives’ open-door policy at our Southern border. An alliance of Mexican drug cartels with jihadists use the weak belly of our nation to smuggle tons of made-in-China fentanyl into the US.  Approximately 90,000 people die annually to drug overdosing, 60% due to fentanyl. According to CDC:

Most of the increases in fentanyl deaths over the last three years do not involve prescription fentanyl but are related to illicitly-made fentanyl that is being mixed with or sold as heroin—with or without the users’ knowledge[i] and increasing as counterfeit pills.

To be sure, these fentanyl deaths are intentional.  China has declared total warfare against the US using a “non-military war strategy.”  This is but one prong of their unconventional scheme. And while narco-cartels are reaping millions of dollars in profits to advance their money-making ventures—sex trafficking and counterfeit pharmaceutical production—the jihadists’ use their financial cut to finance the global movement to spread Shar’ia to non-Islamic parts of the world through violence and subversion.

Clearly, Americans would be safer if the Southern border was sealed.  But Progressives ignore the safety aspect, instead favoring an open-door policy that injects misery, mayhem, and murder into our nation.  Their policies regarding illegal immigration along the border has led to the deaths of thousands of US citizens and other violent crimes as well. Yet illegal aliens are let into the country, many of whom are infected with COVID and other communicable diseases, then transplanted throughout America to infect others.

Speaking of COVID, it was the staunch Progressive social democrat, Governor Andrew Cuomo, who housed infected patients inside nursing homes, knowing that elderly citizens were highly vulnerable to the virus.  FOX News reported that Cuomo was responsible for over 1,000 nursing home deaths.

Unfortunately, many more citizens have died as a consequence of receiving the COVID-19 shot.  A news report, drawing information from CDC’s Vaccine Adverse Event Reporting System (VAERS), stated that “In just the first four months of this year, the U.S. government has recorded more deaths after COVID vaccinations than from all other vaccines administered in the United States between mid-1997 and the end of 2013.” VAERS records also reveal that many people receiving the shots have suffered severe medical complications as a result.  Never-the-less, Progressive bureaucrats downplay that fallout and push the vaccine, insisting everybody get ‘vaccinated’…even people who virologist Dr. Robert  Malone said should not receive the shots.

For more evidence that Progressives have little to no regard for human life (or suffering) consider their callous attitude toward the crime, violence, and high murder rates in many of our largest urban areas—especially those run by Democrat officials.  It’s because of progressive policies, like defunding the police, releasing violent criminals without bail, and removing qualified immunity protection for police officers, that murder rates and other violent crimes are skyrocketing, and who is it that suffers under such policies but minority citizens living in these inner cities.

Finally, we’ve all witnessed the cold disregard Biden has shown for Americans left behind after his unilateral pull-out of troops from Afghanistan, which is highly reminiscent of Hillary Clinton’s abandonment of an ambassador and three other Americans in Benghazi; all of whom were killed.

It was not happenstance that they would turn into cold, amoral death agents.  For decades they have been obsessed with totalitarian movements. The Communist and Marxist ideologies they find so attractive were spawned by amoral, cold-blooded despots like Stalin and Mao. Progressives deify these thugs and glorify communist revolutionists, such as Fidel Castro and Che Guevara.

Is it any wonder that the Progressives’ total disregard for human life has become a main feature in their revolution to overturn our Constitutional Republic?

Today’s Progressives are moral reprobates, having no empathy for human life, other than their own.  They must be stopped.