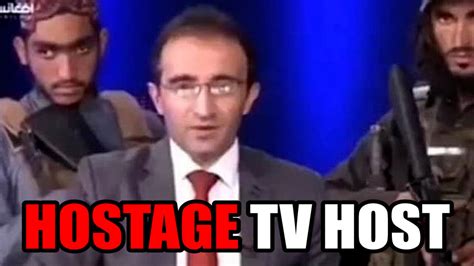 This is what a political debate now looks like on Afghan TV, Taliban foot soldiers watching over the host. The presenter talks about the collapse of the Ghani govt & says the Islamic Emirate says the Afghan people should not to be afraid #Afghanistan pic.twitter.com/oEverVgLOE