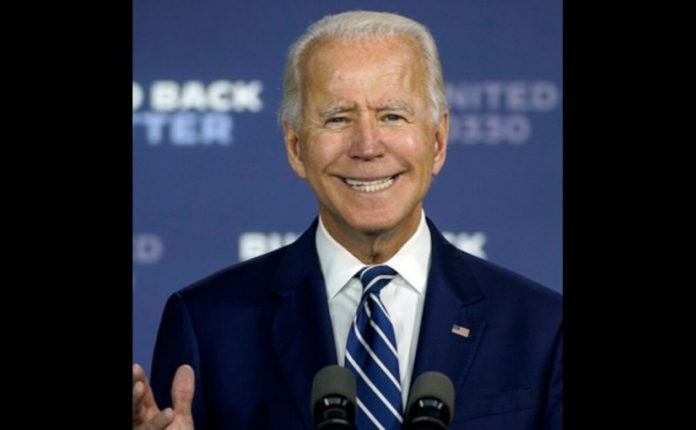 Joe Biden is a man in obvious cognitive decline. But he is not crazy, stupid or incompetent.

Biden knows who he is and for whom he works. He is a stooge for the global Great Reset and he is doing his job exactly as it was assigned to him by his superiors.

His job, in fact the whole purpose of his dubious presidency, is to precipitate the following:

·        Collapse the supply chain, the dollar and ultimately the American economy.

Biden is well on his way to accomplishing all four of the tasks laid out for him by his handlers, who themselves are puppets working for the goals and values of the power elites at the World Economic Forum, global corporations, the United Nations and other globalist entities.

It is thus with supreme confidence that a top Biden aide said that his boss would “run over” any GOP governors who tried to resist his sweeping vaccine mandates.

These globalists actually hate the American people and want to see them enslaved under a digital surveillance state similar to that already in effect in China. We laid out, in a recent blockbuster investigative article, exactly how that is going to happen starting with digital vaccine passports, a technocratic ploy being overseen by the United Nations World Health Organization in cooperation with the World Economic Forum [WEF].

The WEF’s esteemed goal for the world, as it announced just over a year ago, is to reset the global economy, social structure and really all of Western civilization. They call it the Great Reset, but it’s really just a rebranding of the old New World Order.

I encourage everyone not familiar with the rhetoric of the Great Reset to go to the WEF’s website and also to read the books, articles and speeches of WEF founder Klaus Schwab, Prince Charles, Pope Francis and the top executives of the International Monetary Fund and World Bank. They all sing the praises of the Great Reset.

The slogan of the Great Reset is “Build Back Better,” a phrase that Biden, Trudeau, Pelosi, Schumer and the other stooges of the globalist revolution now sweeping the world are fond of repeating like mindless mockingbirds. Curiously, no member of the mainstream press ever asks these stooges where their trite little made-for-TV slogan came from or exactly what it entails.

The first and most obvious question should be: “Mr. President, before you can rebuild something don’t you first have to tear it down?”

What better way to go about collapsing the system than to mandate controversial injections that you know will be rejected by at least 25 percent of Americans. You know, the critical-thinkers who have actually researched the true efficacy and safety by seeking out honest, uncompromised doctors and scientists, thousands of whom agree this is not a vaccine but an experimental gene therapy.

But Biden says you must get the experimental gene therapy or you cannot work a job, you cannot remain in the military, you cannot continue to provide critical care in any hospital, you cannot work in law enforcement, fire prevention, food processing, piloting an airplane, or any other important position that is necessary for any civilized nation to continue functioning.

Is there a faster way to deconstruct a nation and bring it to its knees than to require, under threat of termination, the people in all of these critical positions to get an experimental gene therapy that has never been tested for long-term health impacts?

I don’t think so. If your mission is to destroy, it’s a stroke of genius.

So instead of honoring our military heroes and frontline workers on September 11, as has been customary on this day for the last 20 years, Biden threatens to fire them.

It has to be done, this great wrecking ball project, so the globalist elites can start over with a whole new system, a system that will be antithetical to the U.S. Constitution and every traditional American or Western value, i.e. freedom of speech, the press, religious practice, to assemble, to move about freely and to petition one’s government for grievances.

There are already many examples of all of the above-mentioned types of critically important jobs being vacated by extremely competent Americans who refuse to submit to the demands of Dictator Biden: Get the shot or be fired.

According to reports, at least 27 highly trained Air Force pilots have resigned since August 27 out of frustration with Biden’s forced vaccination program.

Watch video describing how multiple F-22 Raptor fighter pilots reportedly walked off the job in a single day, as did 16 crew members for B-52 bombers.

What kind of signal is this sending to America’s enemies abroad?

But it’s not just the military that will be suffering the loss of essential workers.

All industries will be losing key people in the trenches who make America run smoothly — from doctors and nurses to plumbers, truck drivers, engineers, electrical linesmen, technicians and parcel delivery drivers.

One of the most important functions of any society is food production. That industry is also about to be decimated by Biden’s vaccine mandates.

Liberty Counsel, a public-interest law firm that is providing legal help to hundreds of Americans now under threat of losing their jobs, announced Sept. 10 it has sent a demand letter to Tyson Foods, the giant meat-packing company, on behalf of dozens of Tyson workers who are being threatened with termination if they don’t get Joe’s jab.

Think of the impact this will have on food stocks if all of the major food-processing and trucking companies follow the order handed down Sept. 9 by Dictator Biden: Every company with more than 100 employees must fire those who refuse the jab, Biden said, or face fines of up to $14,000 a day. This could easily entail 20 to 30 percent of a company’s workforce. It’s not difficult to imagine bare store shelves within a few weeks of when these terminations take effect, which could be as soon as November.

JOIN the LeoHohmann.com Telegram channel: To make sure we don’t lose touch with our loyal readers should this site get removed by the fascist Internet censors, we ask you to join us on our official backup channel, Telegram. Simply download the free Telegram app and search “Leo Hohmann author/journalist” or go to https://t.me/leohohmann.

Below is the release from Liberty Counsel regarding the situation at Tyson Foods.

SPRINGDALE, AR – Liberty Counsel has sent a demand letter on behalf of employees in multiple states to Tyson Foods regarding the company’s attempt to punish employees with one year of unpaid leave for not taking the COVID injection. Liberty Counsel is prepared to take legal action if Tyson does not accommodate these employees’ religious exemption requests.

On August 3, 2021, Tyson announced its “Mandatory COVID-19 Vaccination Policy,” stating that Tyson “is requiring its team members at U.S. office locations to be fully vaccinated by October 1, 2021.” Tyson also informed all other employees that they must be vaccinated by November 1, 2021, subject to ongoing discussions with locations represented by unions.”

Tyson is telling its employees who filed for religious exemptions that the so-called “accommodation” will be a one-year leave of absence with no pay, and after the one year, they will be terminated.

A one-year leave of absence without pay followed by termination is no accommodation at all. Tyson employees are protected under Title VII of the Civil Rights Act of 1964. Under Title VII, Tyson must reasonably accommodate its employees unless doing so would be an undue hardship on the company.

However, the past accommodations during which the COVID shots have been available prove that Tyson can, and must, do better.

Liberty Counsel Chairman Mat Staver said, “Tyson Foods cannot punish employees for their religious exemptions against the shot mandate. Tyson is violating federal and state law by discriminating against employees’ sincerely held religious beliefs. No one should be forced to inject this or any substance in their bodies against their will. It is wrong to violate the fundamental right to free and informed consent and bully people into compliance.”