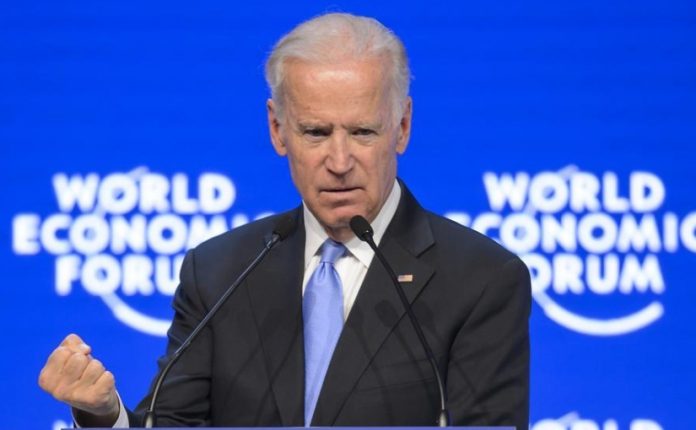 ‘The time for waiting is over’

Joe Biden just declared war on 100 million Americans, threatening to cut them off from their livelihoods and starve out their families if they don’t submit to a medical treatment they believe is bad for them.

In one of the most shocking speeches ever delivered by an American president, Joe Biden threatened 100 million Americans if they don’t take a vaccine that has proven that it does not stop people from getting or spreading its targeted virus.

He made it clear that people have no more personal freedom or bodily integrity under the new rules in America.

“The time for waiting is over,” Biden said. “This is not about freedom, or personal choice.”

Biden said he will use the U.S. Department of Labor to go after companies with 100 or more employees if they don’t mandate the vaccine on their workers or require weekly testing. Violators face unspecified fines.

Biden also issued an open-ended threat to Republican governors, using harsh rhetoric previously unheard of from an American president and delivering it with a foreboding tone.

“I’ll use my power as president to get them out of the way,” he said of the governors he accuses of being uncooperative with federal mask and vaccine mandates.

He ordered all 300,000 teachers who participate in the federal Head Start program to get vaccinated and called on governors to mandate the shots for all teachers.

“Vaccination requirements in schools are nothing new,” he said.

What he didn’t want to admit is that the “vaccine” being pushed is not like any other and is based on all-new technology called messenger RNA, which instructs the cells in your body to create the toxic spike protein that causes Covid. There have been a record number of reports of injuries and deaths through the government’s Vaccine Adverse Event Reporting System, more than for all other vaccines combined since the VAERS system was established in 1990.

Biden said he would use the military and engage the Defense Production Act to ramp up testing of adults and children.

He even ordered parents to “get your teenagers vaccinated,” even though teenagers face a statistically non-existent chance of ever dying from Covid.

Biden said he would double the fines for airline passengers caught not wearing a mask.

“You break the rules, be prepared to pay!” he said.

“We have the tools, now we just have to finish the job,” Biden said.

Former Trump aide Peter Navarro, appearing on the War Room show hosted by Steven Bannon, said “This is an authoritarian moment. A naked grab of power.”

The edicts, all done by executive order with no involvement of Congress, ignore the fact that more than a third of Americans have already had Covid and possess natural immunities. According to a recent study in Israel, natural immunities are 13 to 20 times stronger and long lasting than the artificial immunities offered by the Biden administration’s vaccine.

“He’s saying ‘no, you will take this medicine and you will like it,’” Navarro said. “He’s saying you must force your employees to take a medicine or be fired. He does not have the authority to do that, he is not a king.”

Wolf said “this is a declaration of war on the American people” and that Biden is the front man for what she called a “bio-fascist coup.”

“He’s scapegoating unvaccinated people as the reason for the pandemic… It’s just right out of the playbook of Nazi Germany. It’s illegal in our system to engage the military to make this coercive, mass vaccination program happen.”

Gov. Henry McMaster of South Carolina put out a message on social media saying he would not accept the edicts.

“The American dream has turned into a nightmare under [Joe] Biden and the radical Democrats. They have declared war against capitalism, thumbed their noses at the Constitution, and empowered our enemies abroad. Rest assured we will fight them to the gates of hell to protect the liberty and livelihood of every South Carolinian,” McMaster said.