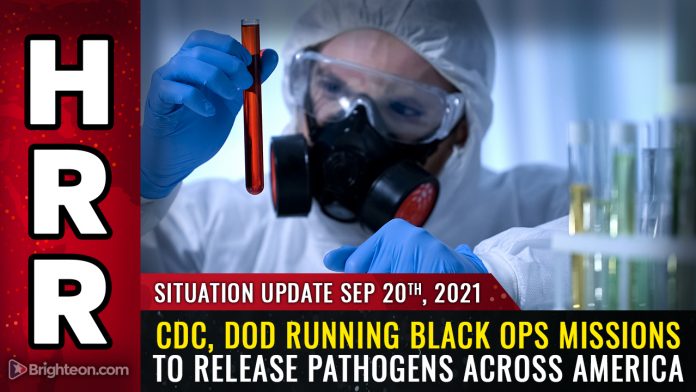 (Natural News) We now have yet more evidence pointing to the ongoing CDC / DoD black ops “pathogen release” warfare activities that were responsible for not only the deliberate spread of measles at Disney Land (to push SB 277 in California) but now are targeting health freedom speakers, advocates and their family members in order to suppress the truth and terrorize those who speak it.

Today’s Situation Update podcast (below) brings you the shocking true story of a man arrested in 2018 who told police he was running a “secret mission involving a virus.” The man carried a DoD weapons permit and owns a company (which I shall not name here) whose name is a thinly-veiled word that means protein engineering. That company had posted customer lists and credentials involving the CDC, FDA, DoD and DHS, among others. Disney was also listed as one of the clients, via a separate Wikileaks document (mentioned below).

The person in question, who I shall not name here because I don’t want to flag automated text search spiders, claims to have worked on the Barack Obama presidential campaign and later served as an FDA consultant on PCR technology, which became the basis for the covid pandemic fraud. In addition, this person was named in a Wikileaks document release as a known government intelligence operative with deep ties to a long list of secret projects that I also shall not name here, because they would set off numerous, dangerous red flags. But if you recall the name of the mystical seeing stones in Lord of the Rings, then you know the name of one of the deep state projects I’m referring to. (Pippin tried to hold it, but it burned him…)

The arrest of this person was covered by the Boston Globe, Vice, Heavy.com and other publishers, but none of them were able to connect it to the much larger story taking place now. The man was arrested with multiple rifles, six laptops, comms gear, tactical vests, a grenade launcher, and a DoD weapons badge, all in a hotel room where he somehow had video surveillance of the room in question. (The story gets very bizarre.)