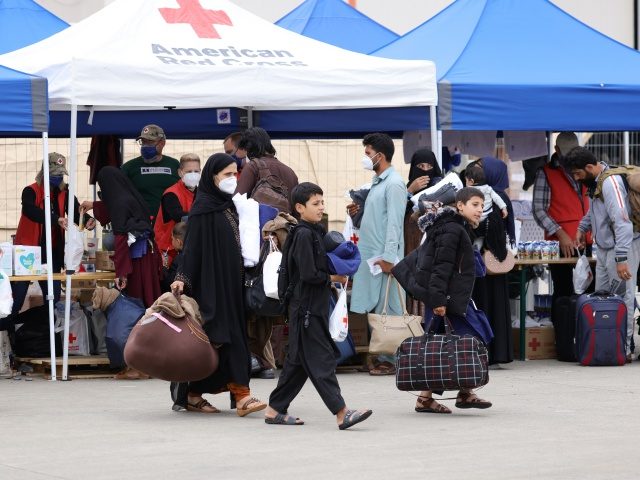 President Joe Biden’s administration is bringing Afghans to the United States who are carrying viruses such as measles, malaria, tuberculosis, as well as the Chinese coronavirus, according to the Centers for Disease Control and Prevention (CDC).

On Monday, the CDC announced that the thousands of Afghans continuing to be brought to the U.S. by the Biden administration for permanent resettlement will be required to be vaccinated against measles though there has not been any indication that they are likewise mandated to take the coronavirus vaccine.

CDC officials wrote in a release:

As of September 20, 2021, CDC has been notified by public health departments of 16 measles cases among the evacuees. All patients confirmed to have measles have been isolated and provided care, and their contacts have been quarantined. Contacts who were not immune were given the MMR vaccine or, if not vaccine-eligible, immunoglobulin. [Emphasis added]

Evacuees who are in the United States are required to be vaccinated with MMR and complete a 21-day quarantine from the time of vaccination at U.S. ‘Safe Haven’ designated locations, such as military bases. [Emphasis added]

In addition to measles, CDC officials revealed that some Afghans brought to the U.S. have spurred outbreaks of viruses such as varicella, mumps, tuberculosis, malaria, leishmaniasis, hepatitis A, and coronavirus.

Thousands of Afghans who remain at overseas military bases will be required to take a measles vaccine and wait 21 days before being brought to the U.S. by the Biden administration.

As Breitbart News has chronicled, the Biden administration is planning to permanently resettle Afghans in 46 states across the nation — including Arizona, Florida, Georgia, Ohio, Michigan, Wisconsin, Pennsylvania, and Texas.

Biden has said he hopes to resettle about 95,000 Afghans across the U.S. over the next 12 months. In a 21-day period from August to September, Biden brought more than 48,000 Afghans to the U.S. for resettlement — a population more than four times that of Jackson, Wyoming.

The resettlement operation is being bankrolled by not only American taxpayer money funneled through a number of refugee contractors but also multinational corporations and a non-governmental organizations (NGO) backed by former Presidents Bill Clinton, George W. Bush, and Barack Obama.