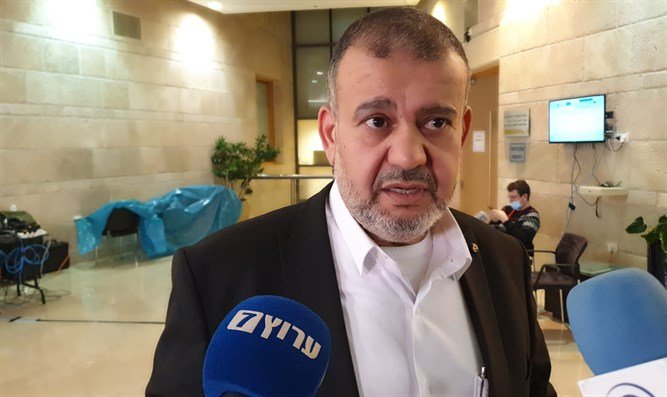 Islamic Jihad fires back at MK Walid Taha for questioning whether to leave government if Gaza-Israel war erupts. ‘An ethical perversion.’

MK Walid Taha of the United Arab List (Ra’am), who heads the Knesset’s Interior Committee, has sparked the ire of the Islamic Jihad terror organization.

In an interview with Channel 12, Taha implied that his party might not leave the coalition if a war broke out between Gaza and Israel, saying, “Let’s say there was an operation in Gaza and we left the coalition – so then what, will there be a different government that won’t fight?”

When asked what his party would do if Israel attacked in Gaza, Taha told Kan radio, “We will not sit with our hands folded when faced with every war. We cannot ignore this situation and we don’t want this to happen, but we will not pre-empt such situations.”

Islamic Jihad’s Ahmed Al-Modallal responded: “If Taha indeed said these things, this is an ethical and behavioral perversion. His words contradict the words of [Ra’am Chairman MK] Mansour Abbas.”

“Our nation cannot accept these words of emptiness, which this Arab member of parliament said.”

Islamic Jihad’s statement follows a condemnation by the Hamas terror group, in which according to Kan, Abdel Latif al-Qanoa said Taha’s statements are “disconnected from the Palestinian Arab identity.”