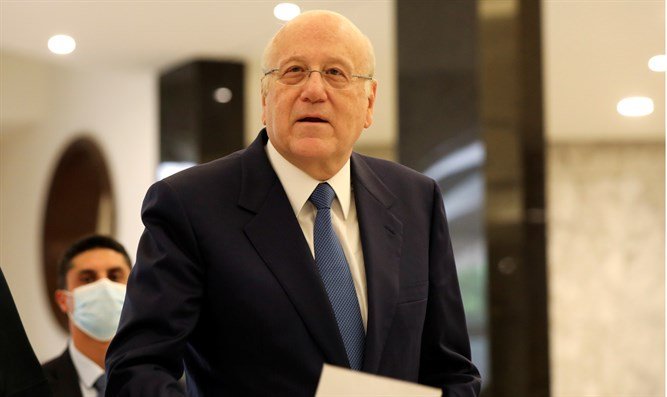 Lebanese Prime Minister Najib Mikati says Lebanese citizens have the right to oppose Israel and respond to its attacks.

Lebanese Prime Minister Najib Mikati on Monday told the parliament that Lebanese citizens have the right to oppose Israel and respond to its attacks, Kan 11 News reported.

Speaking at a meeting intended to seek the confidence of parliament to form an official government, Mikati pledged to work “for the liberation of the Lebanese territories occupied by Israel.”

At the same time, according to the report, he also said that Lebanon intends to resume talks with Israel, through US mediation, on maritime borders.

A new Lebanese government headed by Mikati was formed just several days ago after a 13-month impasse as the country grapples with one of the worst crises in its history.

Mikati took on the task of forming a new government in late July, days after fellow veteran politician Saad Hariri threw in the towel.

Last year, official discussions commenced between representatives of Israel and Lebanon, with the aim of reaching an agreement on their maritime border.

A senior Israeli official involved in the negotiations stressed that the talks are not on normalization of ties between the countries and stated, “We are commencing negotiations with Lebanon with a pragmatic and realistic approach. We have a limited goal – namely, to fix the maritime border between the two countries.”

The Iran-backed Hezbollah terrorist organization, which has a strong presence in the Lebanese parliament, stressed the US-backed talks with Israel did not signify “reconciliation” or “normalization” with the Jewish state.

The talks were initiated after Lebanon signed its first contract to drill for oil and gas off its coast with a consortium comprising energy giants Total, ENI and Novatek, including in a block disputed by Israel.

Israel says one of two blocks in the eastern Mediterranean where Lebanon wants to drill for oil belongs to it, and had denounced any exploration by Beirut as “provocative”.

Intelligence official: No Iron Dome will lead to military operations in Gaza

The hunt concludes: ‘The terrorists gave up without a fight’