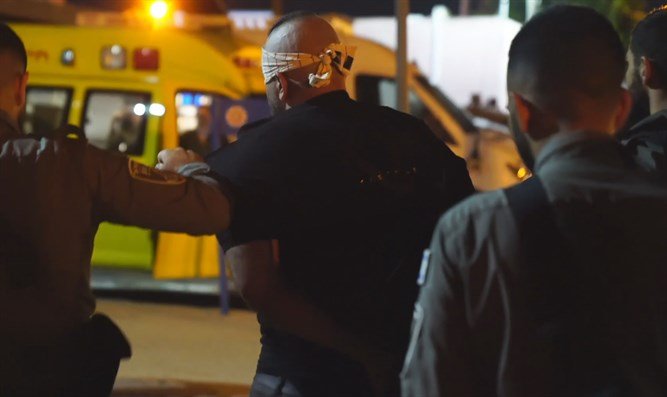 IDF spokesman summarizes operation to capture last of the terrorists who escaped from prison.

During the night, two weeks after the escape of the six terrorists from Gilboa Prison, the last two prisoners still on the run were apprehended in Jenin without resistance.

Nissim Mash’al and Anat Davidov of Radio 103FM spoke Sunday morning with IDF Spokesman Brigadier General Ran Kochav, who spoke about the moments of capture, which took place last night at 1 am.

He said IDF forces entered the Jenin refugee camp and the city, isolated and encircled the area until a “final indication” was obtained and the terrorists were captured in the east of the city.

He admitted that they expected resistance, because they are “terrorists, we do not call them prisoners but terrorists, and they are usually armed and fighting. We prepared for them to be armed and willing to fight, both with armed forces, with intelligence capabilities and also with the exchange of fire and deterrence we carried out as soon as we knew where they were. So they eventually decided to surrender without fire, and were taken in for questioning.”

The IDF spokesman noted that the terrorists were “supported by Islamic Jihad” and that there was a possible response to their capture, but clarified: “We are prepared for the response of the enemy, of Islamic Jihad and Hamas in Gaza with air defense, we we have among the most advanced systems in the world. We are prepared with the defense divisions, we have increased ongoing security, in some places many fighters will remain for the holiday and we are definitely preparing for the possibility of a response.”

He added that “every balloon is responded to by a fighter jet bombing. Every terror attack will definitely have an overwhelming response. We will not accept either a small attack or a rocket. All of them and those similar to them need to know that we will pursue each and every terrorist in any place to thwart him, catch him and, if needed, kill him.”

Despite the success of the operation, Kochav stressed: “We are not celebrating. We are interrogating, learning, getting better. We have additional tasks, and from the first lessons that are already emerging it seems that what brought about the execution [of this task] is our intelligence capability.”