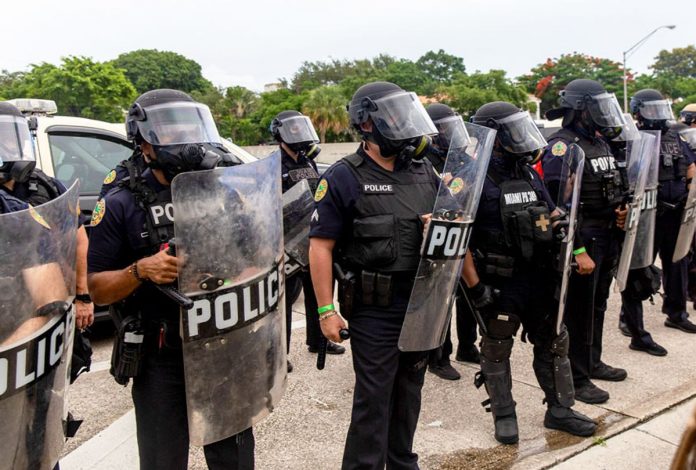 On Saturday, Joe Biden addressed the annual national ceremony in Washington honoring fallen police officers who were killed in the line of duty in the previous year.  I’m surprised he was invited, given his calls to defund the police during the 2020 presidential campaign.  He said funding should “absolutely” be redirected from police budgets, then his campaign later tried to [pretend]pretend he never threatened to defund the police.

More evidence has come in about the devastating effects of defunding the police in places where it’s been tried, but first let’s review where things stood when I last reported to you on this subject in July.

By that time, New York City cut hundreds of millions of dollars from its police budget.  St. Louis voted, at least preliminarily, to defund the police by $4 million. Riverfront Times  Minneapolis went ahead with defunding the police, cutting the department’s budget $8 million.  AP  Seattle voted to defund the police.  KTTH-770  In all, some 20 cities defunded the police in some manner.  Newsmax  Washington Times   However, there was already buyer’s remorse by that time and Oakland, Baltimore, Minneapolis and Los Angeles all began to reverse course after crime predictably went up in their cities.  New York City was starting to reverse course, too.

Since then, Austin also reversed course.  The Austin City Council had previously voted to cut the police budget by a third and lost 150 officers.  However, with homicides running at a record rate, the Council restored the funding in August of this year.

There’s no denying the defund movement was a factor in the 30 percent increase in the murder rate in 2020 reported in the FBI’s annual crime statistics.  This was the biggest increase in 50 years, and translates to almost 5,000 more homicides than in 2019.

Another bit of research came out since my last report.  It suggests that de-policing in June and July of 2020 resulted in more than 700 additional murders and 2,800 additional shootings “because of redeployment of law enforcement away from proactive policing.”

In addition, defunding the police in Portland, Oregon has resulted in dramatically increased wait times for 911 calls.  Callers now wait on hold for more than 2 minutes before someone picks up.  The national standard is 15 to 20 seconds.

To sum up, additional evidence has come in since my last report that defunding the police has caused major problems.  Another city – Austin – has confessed error and reversed course.  All of this is really not surprising.  Defunding the police was an insane idea in the first place – brought to you by the same people who want to abolish all prisons, all cash bail to be eliminated, and prosecutors not to prosecute.

You have to ask yourself, in light of all the circumstances, what this crazy agenda is for.  Whose interests does it serve?  Who benefits when chaos is created and the ability of law enforcement to do anything about it is destroyed?  Not the 911 callers in Portland waiting on hold for two minutes, or the murder victims or their families, that’s for sure.  You might think about the disastrous effects of the Progressives’ last crazy idea before you fall for their next crazy idea.