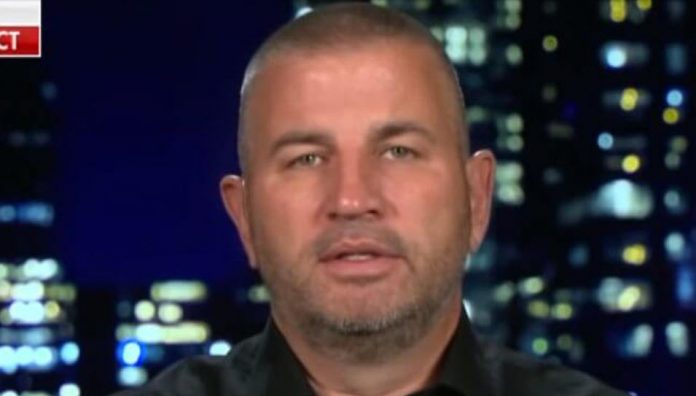 A Chicago police union boss has instructed officers to defy the city’s upcoming COVID-19 vaccination reporting mandate, and predicted that at least half of the police force could be taken off the streets, this weekend.

The mandate requires all police officers to be vaccinated or get tested for COVID-19 twice a week. Police are supposed to provide their vaccination status to the city by the end of the day.

All city workers, including police officers, are supposed to fill out an online form by 11:59 p.m. Friday confirming they are fully vaccinated or will instead get tested for COVID-19. But the president of the city’s largest police union has urged officers to defy the city by not reporting their status, suggesting that could lead to half of officers being taken off the streets.

The order states that unvaccinated municipal workers who don’t submit to regular COVID-19 tests will be placed on unpaid leave. The mayor said workers will be given a grace period of a few days to comply with the order before they’re relieved of duties.

Workers who do not tell the city their status will be contacted so the city can give them the “benefit of the doubt,” Lightfoot said. But, within a few days, those who didn’t comply will be placed on a no-pay status. In the meantime, they should still report in to work until a supervisor says otherwise, or they risk discipline and even being fired, Lightfoot said.

“No employee should abandon their post,” Lightfoot said. “Not showing up creates a whole other set of issues for them.”

The Fraternal Order of Police boss has been vocal in its opposition to the mandate.

F.O.P. President John Catanzara said earlier this week that he would take Mayor Lori Lightfoot’s administration to court if it enforced the mandate.

“I do not believe the city has the authority to mandate that to anybody, let alone that information about your medical history,” he said.

In the video below, Catanzara urged officers to file for exemptions to receiving the vaccine, but not inform the city.

The police union leader told Fox News that he believes about 50 percent of the Chicago Police force are unvaccinated.

“If we suspect the numbers are true and we get a large number of our members to stand firm on their beliefs that this is an overreach and they’re not going to supply the information in the portal or submit to testing, then it’s safe to say the city of Chicago will have a police force at 50 percent or less for this weekend coming up,” Catanzara said. “That is not because of the FOP; that is 100 percent because of the mayor’s unwillingness to budge from her hard line.”

Lightfoot meanwhile has filed a complaint against Catanzara over his directive for cops to ignore Friday’s deadline.

“As Chicago’s Mayor, I cannot and will not stand idly by while the rhetoric of conspiracy theorists threatens the health and safety of Chicago’s residents and first responders,” Lightfoot said in a statement issued Friday morning. “President Catanzara has time and again deliberately misled our police officers by lying about the requirements of the policy and falsely claiming that there will be no repercussions if officers are insubordinate and refuse to follow a City and Department directive or order.”

Lightfoot went on to say that Catanzara is “engaging in, supporting, and encouraging a work stoppage or strike,” which goes against state law and the FOP contract.

The conflict comes as the Windy City continues to grapple with a massive shortage of police officers, and a rise in violent crime.

Cops had reported 629 homicides this year through early October, a 56 percent increase from two years ago.

Four members of the CPD have died from the virus, including Dean Angelo, who preceded Catanzara as union boss. The 67-year-old lost his battle with COVID-19 on Tuesday.

On Fox and Friends Friday, Catanzara estimated that about half of his officers have been vaccinated, but added that even those who have received the vaccine agree that a mandate is wrong.

“Everything from this mayor is a dictatorship,” he said. “She [Lightfoot] just decided she was going to do it and push it on the entire city workforce across the board.”

The union boss blasted the city’s vaccine policy as “schizophrenic” because not all city workers are subject to the same requirements.

Teachers, he said, are required to be vaccinated, or tested, but they don’t have to report their vaccine status.

“We have a mandate to report our vaccine status by midnight tonight.”

Catanzara said that in addition to the police department, other first responders, firefighters and labor unions are united in opposition to the mandate.

“Everybody across the board is up in arms about this mandate.”

When asked if officers are willing to be put on unpaid leave over the mandate, Catanzara, said that we’ll soon find out.

“We had a meeting the other night, and our lodge had never been more filled with members. They are literally engaged in this fight going forward. They were willing to go on a no-pay status by midnight tonight, and get sent home,” he said.

“They reality is, we have a profession nobody else wants to do right now. They can not get anybody to go into the police academy, but here she [Lightfoot] is vilifying the police yet again in a city that has over 185 expressway shootings this year alone, over 280 kids shot, this year alone, and she acts like there’s nothing else going on, but this COVID,” Catanzara concluded.

Mayor Lori Lightfoot announced earlier Friday that the city filed a complaint against the Fraternal Order of Police and its president, asking a judge to stop police from “engaging in, supporting, and encouraging a work stoppage or strike.”

A judge Friday evening issued a gag order against Catanzara, forbidding him from speaking out against the vaccine mandate.

About 30 minutes after a judge granted a temporary restraining order that prohibits the Fraternal Order of Police president to speak about the vaccine mandate, John Catanzara took to social media to deliver a message.

“Everybody has to do what’s in their hearts and minds, whatever that is,” Catanzara continued. “But I will just leave you with this. Policy starts at the top in this city, and it has proven time and time again that the top of this city’s policy needs to change.”

Multiple protests against the vaccine mandates have been scheduled across the nation for October 18.

Just got passed this flyer from a Southwest employee #FreedomFlu pic.twitter.com/Q5gXGhxoma

Teachers who oppose the vaccine mandate are reportedly organizing a nationwide school walkout for Monday, Oct. 18.