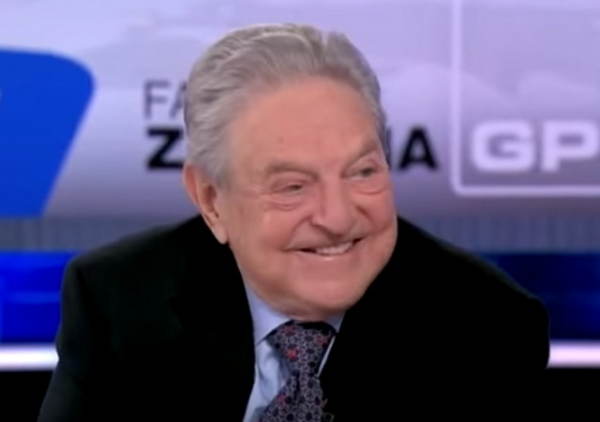 The Gateway Pundit reported last week on a father who was arrested at a school board meeting because the board lied and claimed they had not received any reports about a rape at his daughter’s school.  The rape was of his daughter.

SICKENING: Loudoun County Schools Covered Up Rape of a 14-Year-Old Girl and Prosecuted Her Father To Protect Male Transgender Student Who Was Permitted to Use Ladies Bathrooms

The Loudoun County prosecutor who sought jail time against a father who was arrested at a school board meeting after his daughter was allegedly sexually assaulted in a school bathroom has ties to progressive megadonor George Soros and Democratic Virginia gubernatorial nominee Terry McAuliffe.

Loudoun County Commonwealth’s Attorney Buta Biberaj was described in the explosive report by The Daily Wire as the “progressive” elected county prosecutor who ran on a platform of ending “mass incarceration,” but yet she sought jail time for disorderly conduct and resisting arrest, both misdemeanor charges, against Scott Smith.

Smith was arrested during a June 22 school board meeting several weeks after he says his daughter was raped by a gender-fluid student in a school bathroom. The student, a 15-year-old boy, was charged in that case with two counts of forcible sodomy and later arrested. He was then fitted with an ankle monitor and transferred to another school in Ashburn, where he was accused of committing another sexual assault against another female student in October.

Biberaj told Fox 5 on Friday the decision to transfer the student to a different school came because he didn’t have a prior history of such behavior at the time, and she asked the public to “be patient” and refrain from judgment until “all the facts” in the case come to light.

Meanwhile, Smith’s attorney has announced plans to sue the school district over its handling of the case and his own arrest at the school board meeting. He was sentenced in that case to 10 days in jail, all suspended, contingent on a year of good behavior…

…Biberaj was one of several Soros-backed prosecutors elected in Northern Virginia in 2019 after her campaign received more than $860,000 from Soros’ Justice and Public Safety PAC. She is a criminal reform advocate and member of a group of the commonwealth’s attorneys called Virginia Progressive Prosecutors for Justice, which calls for eliminating mandatory minimum sentences and cash bail.

Biberaj is also a close ally with McAuliffe, who reportedly accepted a $250,000 contribution from Soros for his campaign in August. Biberaj, who has praised McAulliffe as being “part of the progress” that Virginia needs, joined the former Democratic governor as recently as Oct. 2 at a campaign event in Leesburg.

Most Americans in no way want any George Soros-backed prosecutors in our justice systems.  This case is another example why.

Also, why would the Democrats want to align themselves with a man who helped the Nazis by turning in Jews for their booty in World War II?