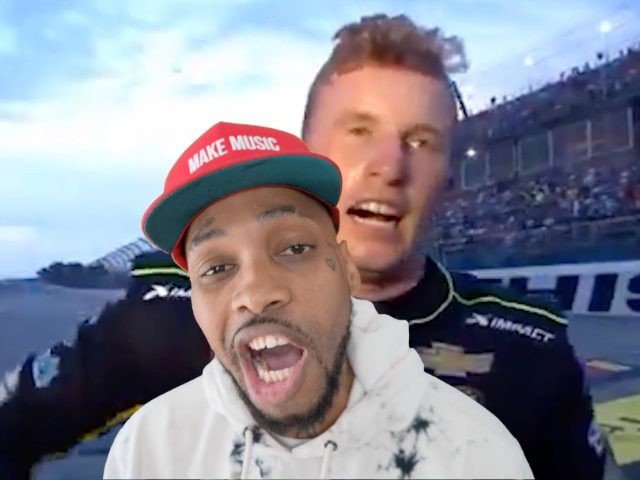 The viral ‘Let’s Go Brandon!’ mass take down of President Joe Biden has inspired a unique rap version that on Sunday perched squarely at the top of the iTunes hip-hop chart.

Watch for yourself below (Warning: strong language):

As Breitbart News reported, the crowd could be heard chanting in the background during the interview “F— Joe Biden” which Stavast claims to have misheard as “Let’s Go Brandon!”

“Brandon, you also told me,” Stavast said before being interrupted by the crowd. “As you can hear the chants from the crowd…” she added, before claiming the crowd was saying, “‘Let’s Go, Brandon!’”

The exchange quickly went viral on social media, with some users speculating the reporter intentionally attempted to mischaracterize the crowd’s chanting to spare her blushes and those of the interviewee.

From there the phrase became a catch cry for opponents of the president, finding its way onto merchandise while others began chanting it at sporting events, with a child at NAPA’s Super DIRT Week at the Oswego Speedway even exclaiming, “let’s go Brandon!” when asked by an announcer to “help kick this thing off.”

In the days since the mocking chant was first heard, neither NBC nor Stavast has commented on Stavast’s false claim about the NASCAR crowd.

Elsewhere the establishment media has also played its part in seeking to protect the president from the predations of public opinion.

Newsweek was happy Stavast “attempted damage control” for Biden. The outlet called Stavast a “quick thinking reporter” for her assist to Biden and added she did a good job as she “responded to an awkward situation.”

The Independent also cooed lovingly about Stavast’s efforts to reframe the chant. In this paper’s opinion, Stavast “makes a smooth save” by mischaracterizing the crowd’s chant. In its lead paragraph, the paper insisted Stavast “made a smooth save on Saturday when a profane chant broke out” at Talladega.

The Hollywood reporters at DEADLINE left no doubt how they felt about the incident and excitedly headlined their piece, “NBC Reporter Kelli Stavast Salvages Embarrassing NASCAR Interview With Verbal Dexterity.”