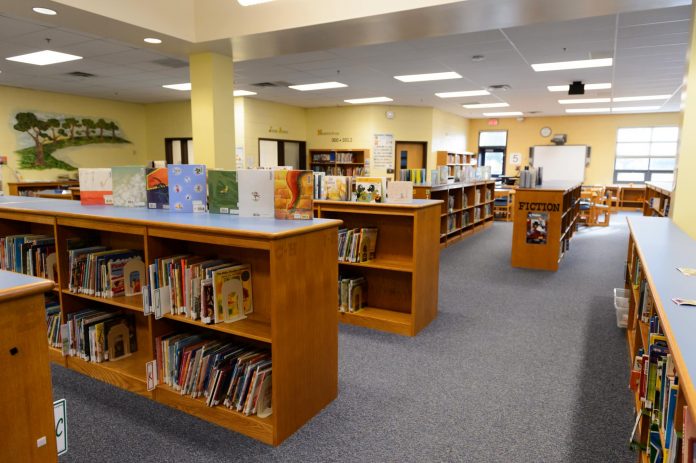 In Virginia, the Fairfax County Public Schools (FCPS) district has announced that it will return two pornographic books, including a graphic novel, to the shelves of its schools’ libraries, after an internal investigation determined that the materials qualified as “diverse reading materials,” as reported by the Daily Caller.

The two books in question – “Gender Queer” by Maia Kobabe, and “Lawn Boy” by Jonathan Evison – both feature graphic depictions of homosexual intercourse, with one of them being a graphic novel with visual depictions of an underage boy performing oral sex on an adult male. They were brought to national attention after a Fairfax County mother, Stacy Langton, brought both books to a public LCPS board meeting in September and showed them to everyone in attendance, denouncing the books’ inclusion in school libraries for minors to read.

After national backlash, FCPS removed both books from its libraries and said that it would conduct an internal review of the decision-making that led to the books’ inclusion in the first place. But two months later, after allegedly concluding said investigation, the district announced in a statement that it had determined the books to be appropriate for underaged children to read.

“The decision reaffirms FCPS’ ongoing commitment to provide diverse reading materials that reflect our student population,” FCPS said, “allowing every child an opportunity to see themselves reflected in literary characters. Both reviews concluded that the books were valuable in their potential to reach marginalized youth who may struggle to find relatable literary characters that reflect their personal journeys.”

In response to the district’s decision, Langton said in her own statement that “it’s clear to me now, they have no intention of doing the right thing about this. This is about an agenda they’re pushing and they’re not interested in protecting kids.”

Although the school board cut off Langton’s microphone at the aforementioned September 23rd meeting, Langton pointed out that the inclusion of such books constituted a violation of Virginia Code section 18.2-376, which declares it “unlawful for any person knowingly to prepare, print, publish, or circulate, or cause to be prepared, printed, published or circulated, any notice or advertisement of any obscene item proscribed in § 18.2-373, or of any obscene performance or exhibition proscribed in § 18.2-375.”

“It’s child pornography and it’s explicit material,” said Thyra Cox, another parent in Fairfax County. “This is a war against innocence. It’s degrading for one thing. It breaks boundaries with children, it’s child abuse.”

The fight over pornographic and pedophilic material in public schools became one of the dominant issues in Virginia’s statewide elections earlier this month, which saw Republicans sweep all three statewide offices and flip control of the Virginia House of Delegates. Governor-elect Glenn Youngkin (R-Va.) vowed to stop the teaching of far-left agendas such as transgenderism if he was elected, as well as Critical Race Theory, the anti-White theory which claims that America is an inherently racist nation.