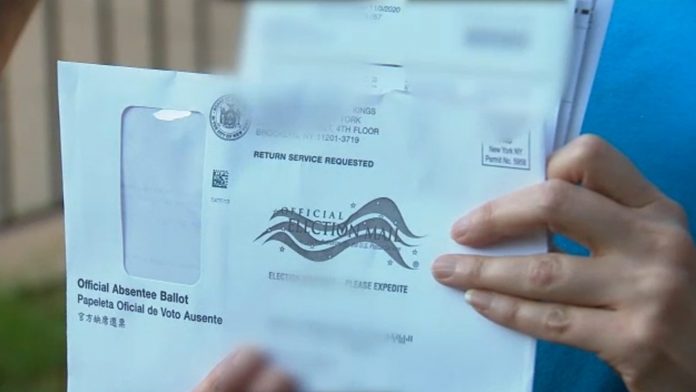 On Friday, a Pennsylvania court declared the state’s statute authorizing no-excuse mail-in voting was unconstitutional. Within hours, Pennsylvania officials filed a notice of appeal with the state Supreme Court, putting on hold the lower court decision and thereby leaving in place the vote-by-mail option until the state’s high court rules.

With Pennsylvania Supreme Court justices elected on a partisan ticket and Democrats currently holding a 5-2 majority on the state’s high court, Democrats are predicting the no-excuse mail-in voting law will be upheld. That forecast seems accurate given the hyper-partisan approach to legal analysis seen since the 2020 election. It’s unfortunate because yesterday’s opinion in McLinko v. Commonwealth of Pennsylvania reached the proper conclusion as a matter of constitutional analysis and controlling precedent.

The McLinko case consisted of two lawsuits consolidated by the Pennsylvania Commonwealth Court. Both cases challenged the constitutionality of no-excuse mail-in voting. Doug McLinko, a member of the Bradford County Board of Elections, was the plaintiff in one case, and Timothy Bonner and 13 additional members of the Pennsylvania House of Representatives were the plaintiffs in the second case.

At issue in the consolidated case was Act 77, which, as the court explained in Friday’s opinion, “created the opportunity for all Pennsylvania electors to vote by mail without having to demonstrate a valid reason for absence from their polling place on Election Day.” The plaintiffs argued that provision violates Article VII, Section 1 of the Pennsylvania Constitution.

Every citizen 21 years of age, possessing the following qualifications, shall be entitled to vote at all elections subject, however, to such laws requiring and regulating the registration of electors as the General Assembly may enact.

1. He or she shall have been a citizen of the United States at least one month.

2. He or she shall have resided in the State 90 days immediately preceding the election.

The key language in Section 1, the plaintiffs argued, and the court held, was “shall offer to vote,” which the Pennsylvania Supreme Court had previously interpreted in Chase v. Miller, a case from 1862. At issue in Chase was whether 420 votes received from Pennsylvania soldiers fighting in the Civil War, who had cast their ballots by mail, were valid.

To ‘offer to vote’ by ballot, is to present oneself, with proper qualifications, at the time and place appointed, and to make manual delivery of the ballot to the officers appointed by law to receive it. The ballot cannot be sent by mail or express, nor can it be cast outside of all Pennsylvania election districts and certified into the county where the voter has his domicile.

We cannot be persuaded that the constitution ever contemplated any such mode of voting, and we have abundant reason for thinking that to permit it would break down all the safeguards of honest suffrage. The constitution meant, rather, that the voter, in propria persona, should offer his vote in an appropriate election district, in order that his neighbours might be at hand to establish his right to vote if it were challenged, or to challenge if it were doubtful.

In other words, “to offer his vote,” required a qualified elector to “present oneself. . . at the time and place appointed” and to make “manual delivery of the ballot.” The fuller discussion in Chase, however, provides a helpful reminder of the long-understood danger of absentee voting: “a break down” of “the safeguards of honest suffrage.”

Pennsylvania’s constitution was later amended to permit electors in military service to vote by absentee ballot. Then in 1923, the state legislature again attempted to expand absentee voting to allow non-military citizens, “who by reason of his duties, business, or occupation [are] unavoidably absent from his lawfully designated election district, and outside of the county of which he is an elector,” to cast an absentee ballot in the presence of an election official.

“However laudable the purpose of the [1923 Absentee Voting Act], it cannot be sustained,” the Pennsylvania Supreme Court explained, adding: “If it is deemed necessary that such legislation be placed upon our statute books, then an amendment to the Constitution must be adopted permitting this to be done.”

In Friday’s decision in McLinko v. Commonwealth of Pennsylvania, the three-judge majority opinion found Chase and Lancaster City controlling and struck down Act 77’s authorization of no-cause mail-in voting. In holding Act 77 unconstitutional, the McLinko court rejected the acting secretary of state’s argument that Article VII, Section 4 of the Pennsylvania Constitution granted the state legislature authority to allow mail-in voting for any reason. That constitutional provision provides: “All elections by the citizens shall be by ballot or by such other method as may be prescribed by law: Provided, That secrecy in voting be preserved.”

The court rejected Pennsylvania’s argument, noting that when Lancaster City was decided, the Pennsylvania high court had quoted the entire text of Article VII, Section 4, and yet held that the “offer to vote” language required in-person voting unless the constitution expressly authorized absentee voting. Friday’s decision explained that Section 4 merely authorized the state to allow mechanical voting, as opposed to voting by ballot. (Two judges dissented from the McLinko decision, reasoning that mail-in voting is not a subset of absentee voting but a new method of voting the legislature may be approved under Section 4.)

Pennsylvania’s acting secretary of state’s argument that Section 4 of the state constitution authorizes the legislature to permit no-fault mail-in voting defies logic. As the McLinko court explained, if Section 4 gave the legislature that power, then there was no need for the state’s constitution to be amended in 1997, to add as a permissible basis for absentee voting, “observance of a religious holiday or Election Day duties.”

While concluding it was bound by Chase and Lancaster City, the majority in Friday’s decision in McLinko added that “no-excuse mail-in voting makes the exercise of the franchise more convenient” and that, “if presented to the people, a constitutional amendment to end the Article VII, Section 1 requirement of in-person voting is likely to be adopted.” “But a constitutional amendment must be presented to the people and adopted into our fundamental law,” the court in McLinko concluded, “before legislation authorizing no-excuse mail-in voting can ‘be placed upon our statute books.’”

The majority’s detailed analysis in McLinko was correct, both as a matter of constitutional interpretation and precedent. The Pennsylvania Supreme Court, however, will not be bound by its decisions in Chase and Lancaster City, even though the principal of stare decisis should caution the justices against overturning that precedent.

That prudential principle is especially relevant here, where the “offer to vote” language “has been part of the Pennsylvania Constitution since 1838 and has been consistently understood, since at least 1862, to require the elector to appear in person, at a ‘proper polling place’ and on Election Day to cast his vote.”

A decision by the Democratic-controlled Pennsylvania Supreme Court abiding by that precedent and reminding its citizens that the constitution controls notwithstanding the passions of the day would also go a long way toward healing a divided populace.

Further, striking Act 77 now, when no votes have been cast and no citizens would be disenfranchised, would do no harm to Pennsylvanians. That was the Pennsylvania Supreme Court’s justification in Kelly v. Commonwealth, for refusing to consider the constitutionality of Act 77 as part of a challenge to the results of the November of 2020 based on the equitable doctrine of “laches.”

“At the time this action was filed on November 21, 2020, millions of Pennsylvania voters had already expressed their will in both the June 2020 Primary Election and the November 2020 General Election,” the state Supreme Court explained in Kelly v. Commonwealth and striking the state statute at that point, “would result in the disenfranchisement of millions of Pennsylvania voter.”

There is no such danger, now, however. So, will the constitution control or will the partisan interests of the Democratic-majority of the Pennsylvania Supreme Court supplant the rule of law? Sadly, that latter danger is everpresent.