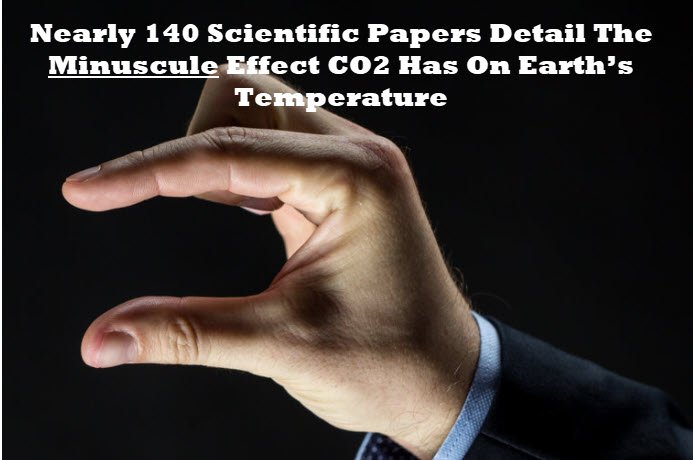 All you phony-baloney greenie weenies out there, I want you to know something:  everything you say is bunk.  Here are just the latest stories showing you the entire climate change narrative is a pack of lies.

The World Meteorological Organization got caught with its pants down.  It claimed the number of natural disasters increased five-fold over the last 50 years and human carbon dioxide emissions are to blame.  However, they admitted their numbers were all wrong because they were building their reporting system over that time and getting reports from more sources as time went on.  There’s a big difference between an increase in the number of reported disasters and the number of actual disasters, but they deliberately misrepresented the facts.

Speaking of misrepresentations, NOAA claims 2021 was the eighth hottest year on record, but the temperature has actually trended downward if you look at the period 2016 to 2021.  Moreover, NOAA made the pronouncement even though the degree of uncertainty in their data is higher than the temperature increase they claimed for 2021.  NOAA has a long history of faking its data.  Isn’t there a problem when you have to lie, repeatedly, to make your case?

Everybody knows wind and solar power are unreliable.  There are cloudy days and days with no wind.  Turns out, once you add increased power-generating capacity and battery storage to compensate for intermittency, stand-alone wind and solar power become impossibly expensive.  In fact, as another article states, “the cost of necessary storage becomes far and away the dominant cost of the overall system. Therefore, any meaningful proposal to replace fossil fuel generation with renewables must grapple with this issue.”  How come we never hear Greta Thunberg talk about this problem?

Electric cars will make you less free. In Britain, starting in May, “Electric car charging points in people’s homes will be preset to switch off for nine hours each weekday at times of peak demand because ministers fear blackouts on the National Grid.”  If you want to go somewhere and your car isn’t charged, you’re just out of luck.  Is that what you had in mind, or do you now admit you haven’t thought past your own slogans?

Speaking of not thinking things through, Europe closed a lot of coal plants in the last 20 years and replaced them with wind power.  But here’s what happened when the wind didn’t blow so much last year:  They used more natural gas, causing natural gas prices to spike all over the world.  Where do they get gas?  Russia.  Europe has been worried for decades about Russian dominance over the continent and here they voluntarily made themselves more dependent on Russia.  Smart!  Things like that happen when you put the ideological blinders on and chant slogans.

If these stories don’t give you pause, try these:  There are now 140 scientific papers documenting that CO2 has, at most, a miniscule effect on the earth’s temperature. Wind turbine blades can’t be recycled; they have to be buried.  Doesn’t sound very green to me.   Despite what Joe Biden says, tornadoes are not getting more frequent or severe, and the U.N. Intergovernmental Panel on Climate Change (IPCC) does not link them to greenhouse gas emissions.

So you phony-baloney greenie weenies can go right on believing the utterly delusional Leonardo DiCaprio when he tells you we only have nine years left before we’re all toast, but do us a favor, won’t you?  Leave public policy to the adults in the room and people who don’t have a sick need to lie their way into power.