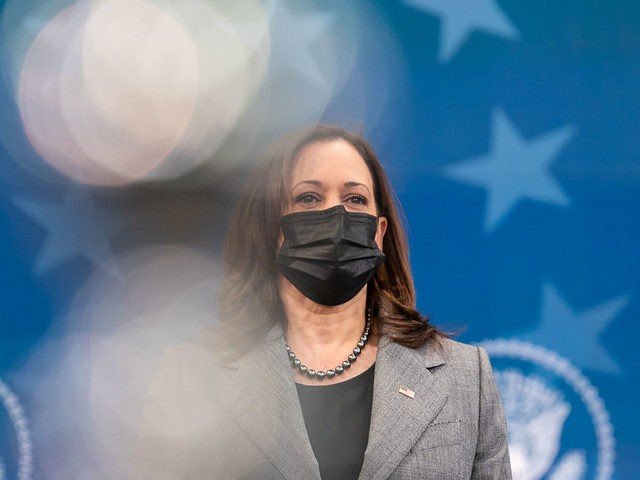 TUW Media Commentary:   This will go well… as she did such a great job on the border, right? [sarcasm]

Harris will travel to Germany to attend the Munich Security Conference, as European leaders weigh increased tensions with Russian President Vladimir Putin. Putin continues weighing a decision whether or not to further invade Ukraine as he continues building up troops along at the border.

Sabrina Singh, the vice president’s deputy press secretary, said Harris’ visit would “demonstrate our ironclad commitment to our NATO Allies” and “underscore our commitment to Ukraine’s sovereignty and territorial integrity.”

The White House frequently dispatches Harris to handle politically fraught issues, including her assignment to handle the “root causes” of President Joe Biden’s border crisis and the fight against Republican election security laws.

Harris has failed to register any meaningful progress on either issue.

The vice president was also sent to France in November to help clean up relations with America’s oldest ally after the Biden administration infuriated the French by failing to inform them about a nuclear submarine deal with Australia.

Harris continues sending a message to Putin that further invading Ukraine would be a mistake.

“If Russia and Vladimir Putin violate the sovereignty and territorial integrity of Ukraine there’s going to be serious consequences, and we’re very clear about that,” Harris said in an interview in January.

“I think it would be wise to leave the country,” Biden said in response to a question at a press conference with German Chancellor H.E. Scholz at the White House. “I’d hate to see them get got in the crossfire if, in fact, they did invade and there’s no need for that.”