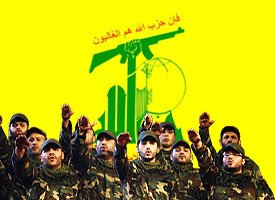 At the beginning of December, Issam Bazzi, a 50 year old Lebanese-born muslim living in Venezuela who is on the terrorist watch list, was released into the United States on order from ICE (Immigration and Customs Enforcement) Headquarters against FBI recommendations.

Bazzi and his family are now living in Dearborn, Michigan awaiting a March asylum hearing.

Bazzi was detained in November 2021 at the U.S. Southern border near Brownsville, Texas after wading across the Rio Grande River. According to documents recently obtained by journalist Charles LeDuff, the FBI described Issam Bazzi as a person with “high derogatory information” and ties to an unspecified terrorist group, which is why Bazzi is on the FBI’s Terrorist Watch List.

“Bazzi” is a prominent surname for shia muslims in Lebanon, meaning Issam Bazzi would most likely be associated with the terrorist group Hizballah, an arm of the shia Iranian government.

In this case, the FBI recommended ICE keep Bazzi in custody because he is a threat and a flight risk. However, ICE Headquarters ordered Bazzi released because he is overweight, making him susceptible to covid-19.

So, in violation of U.S. Federal Code, Issam Bazzi and his family are free to roam the United States.

In a time where more foreign invaders are being intentionally released into the United States than at any other point in U.S. history, we now have definitive proof the Biden regime has intentionally released a terrorist onto the streets of Michigan without the knowledge of the police or local and state officials.