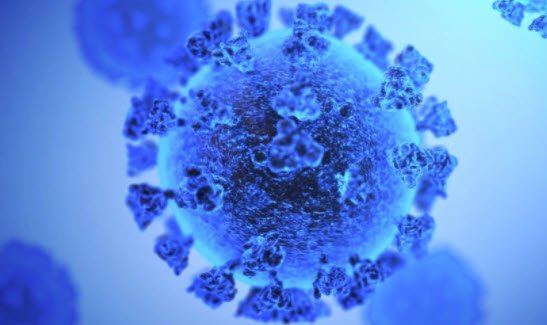 There is no lack of stark contrast between the way conservative/red states and liberal/blue states have handled the COVID crisis over the past two years.

I live in Massachusetts, Land o’ Warren, home to the biggest destructively phony RINO of all time, Governor Charlie Baker, surrounded by über-liberal Connecticut, Rhode Island, and Bernieland.  It is CNN/MSNBC-style groupthink around here, to the point where the daily headlines and news stories seem like caricatures of themselves, as if no one could actually believe the stuff they’re saying.  But the vast majority of people here actually say it, and they truly believe it.

But not during COVID.  In the current crisis, politics and ideology trump sanity and sound medical practice, every day.  It’s beyond sad.

1. “Beth D” (I am intentionally changing her name) contracted a severe case of COVID delta in the fall of 2021. She was virtually unable to breathe or function.  Married with two young children, no local Massachusetts doctor or hospital would admit her or see her because she was unvaccinated.  None.  Let that sink in and register.  “Get vaccinated” was their only response.  Desperate to survive, Beth contacted an out-of-state rogue doctor who was willing to prescribe ivermectin and treat her with the full array of “unpolitically approved” medicines and methods.  Beth recovered, after callously being left close to death by a Massachusetts medical system dominated by liberal ideology instead of sane, compassionate medical practices.

2. I am unvaccinated, having chosen to reject the vaccine for all the well known reasons.  I am in my sixties, generally in excellent health, active and athletic, at pretty much my college weight.  I also have a chronic auto-immune disease (multiple sclerosis), which can flare up quite badly from time to time, causing extreme muscle/leg weakness and temporary immobility.

During my recent annual physical in January 2022, my primary care physician (a liberal Jewish suburban doctor, fitting the exact stereotype one would expect) said this to me: “I can’t believe you’re not vaccinated.  What if you get sick?  What do you expect me to do for you?”

I replied, “They’re not vaccines.  You know that, both medically and scientifically.  They neither prevent infection nor prevent re-transmission.  They are experimental.  There are no long-term studies.  Huge numbers of new COVID cases are among the so-called ‘vaccinated’ and boosted.  I expect you to treat me if I got sick.  That’s your job.”

Wearing both an N-95 mask and a plastic face shield, he said to me, “I wouldn’t let you in my house being unvaccinated.  I suppose I could arrange some monoclonal antibody treatment…”

“Or you could prescribe ivermectin or the hydroxychloroquine/Z-pack cocktail…”

This is the current state of medical treatment in Massachusetts.  As bad luck would have it, I got a hellacious M.S. flare about a week after seeing my primary care doctor at my physical.  It so wrecked my immune response that I tested positive for COVID a few days later.  The combination of an M.S. flare and COVID is nearly untreatable.  Then I got double-pneumonia on top of everything.  The point is that just like Beth D, there was no ivermectin, no hydroxychloroquine/Z-pack cocktail, nothing.  Some antibiotics for the pneumonia, some steroids for the M.S. flare, goodbye and good luck.  Hope you make it.

In 2021, deaths and infections are double those of 2020, despite the widespread availability of the vaccines in 2021 versus none in 2020. The breakthrough infection rate among the vaccinated is through the roof.  The efficacy is lower and lower, therefore pushing the need for never-ending boosters, to the point that one can reasonably question if the so-called vaccines are of any real value at all.

Now, all of a sudden, totally arbitrarily and unscientifically, mask mandates are being dropped in one blue state after another.  This is all such politically driven nonsense.  The Democrats realize that COVID has outlived its political usefulness, and if the voting public can pin the continuation of the COVID crisis on “President” Biden, then the midterm elections will likely be an even bigger disaster for them than they otherwise would have been.  So as we head toward spring and the nicer weather, the Democrats will simply eliminate almost all COVID restrictions, take full credit for the return to normalcy, and boast how they were the party that protected and then restored America.

But the truth is that the Democrats put their own political fortunes above people like Beth D and me, and willingly — gleefully, even — destroyed and corrupted the best medical systems in the world in order to carry out their political ambitions.  Such transparently disingenuous political manipulation deserves to be unceremoniously voted out of office, by margins that exceed even the most dogged Democratic attempts at voter fraud.