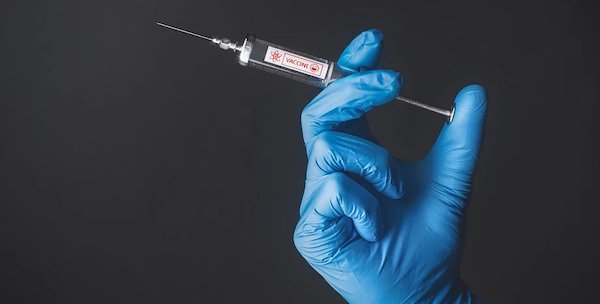 Amid indications from many different sources of a dramatic rise in the sudden onset of serious illnesses following COVID-19 vaccination, a veteran embalmer is reporting that he and more than a dozen colleagues in the industry have been noticing strange blood clots in most of their cases.

Richard Hirschman, with more than 20 years of experience in the funeral industry in Alabama, says that in mid-2021, he began noticing odd blood clots in arteries and lungs he had never seen before.

In an interview with Steve Kirsch, Hirschman said that last month, he found that 65% of his cases exhibited the clots. He told Kirsch that every one of the 15 people in the industry with whom he has spoken has observed the same alarming trend.

Kirsch is a Silicon Valley entrepreneur who has applied his skills in data analysis to the pandemic, forming a group called the Vaccine Safety Research Foundation, where he serves as executive director.

Kirsch noted the Centers for Disease Control and Prevention contends that nobody has died from the COVID vaccines.

But, overall, Hirschman has seen the strange blood clots in more than 50% of his cases. And in January, 37 of his 57 cases, 65%, had the suspicious clots.

Hirschman said the 15 peers with whom he has discussed the issue see the same phenomenon but won’t speak out publicly.

Politifact challenged Hirschman’s belief that the blood clots are caused by the vaccines. Fact checker Naseem Ferdowsi, who has no medical experience, Kirsch noted, said she was told by an embalmer in Phoenix, Arizona, that “dark clots have been found in COVID victims long before vaccinations were available.”

However, the clots Hirschman is observing are white fibrous material.

And Kirsch pointed out that the number of COVID deaths in Houston County, Alabama, where Richard works, is miniscule.

In January, for example, there were nine recorded COVID deaths in the county. But Hirschman had 37 cases that month with the clots.

“If these clots were caused by COVID, it’s highly likely someone would have spotted it before 2021 and done a similar video,” Kirsch wrote.