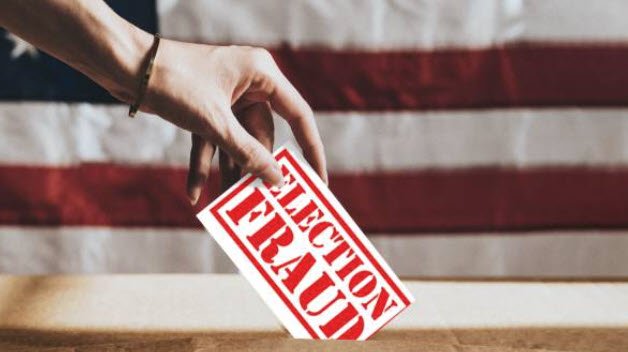 Yesterday, 204 legislators from various states called for a 50-state election audit, decertification of results where indicated, and possible convening of the U.S. House of Representatives to reconsider the 2020 election.   Even if you believe anyone still questioning the outcome of the 2020 presidential race is telling a Big Lie or tilting at windmills, there are plenty of reasons to conclude we have a long way to go before most Americans will agree our elections are free, fair, and honest.

Georgia authorities opened an investigation into illegal ballot harvesting in the 2020 and subsequent Senate run-off elections.  This followed reports there are videos of hundreds of ballot harvesters dropping tens of thousands of ballots into drop boxes in the middle of the night all across the state.  A ballot harvester admitted being paid $45,000 to illegally stuff drop boxes with ballots under cover of darkness.  Former Georgia Senator David Perdue sued Fulton County officials for scanning absentee ballots multiple times and other voting irregularities affecting the outcome of the 2020 election.

In Michigan, a watchdog group found thousands of unverified ballots were counted in Detroit and, further, election officials there intimidated and blocked Republican election observers from doing their jobs.

In Pennsylvania, whistleblower video showed government officials throwing ballots into a trash can, disposing of machine tapes, and discussing getting rid of electronic election equipment even though they knew it would be a felony.  [watch video here] The information came in the context of a lawsuit that alleges thousands of ballots were shredded and the data accompanying the act was deliberately erased before it had to be released under a document request.

In Wisconsin, an investigation found the number of illegal votes cast in the 2020 election was greater than Joe Biden’s margin of victory.  Lack of voter ID was among the problems cited.   A state lawmaker presented the findings of another team that uncovered 1.5 million illegal voter registrations, 155,000 suspected fake voters, and 50,000 illegally cast ballots.

In Arizona, Verity Vote found there was no documented chain of custody for 740,000 ballots cast in Maricopa County.   Also, files were deleted from the election server before being handed over to the state senate under a subpoena.  People were caught in the act on video.  In Pima County, a witness testified there were 6 times as many military ballots than usual.  They lacked chain of custody and went 95 percent for one candidate.  Similar testimony was given in Michigan and Georgia where suspicious military ballots all or nearly all went for Biden, suggesting organized fraud involving multiple states.

In Texas, the Secretary of State’s Phase One investigation found 700,000 invalid voter registrations were in place during the 2020 election, providing the vector for fraud to take place.  The number included nearly 12,000 noncitizens, almost 450,000 dead voters still on the rolls, and over 200,000 duplicate registrations

As if all this were not enough, federal government data show 15 million mail ballots disappeared in the 2020 election.  Who knows where they went, but surely many were sent to vacant lots or the wrong address.  So here we have the deadly combination of mass mail balloting with voter rolls that haven’t been cleaned in years.  What could go wrong?

These are only the most recent revelations.  Half the country believes the 2020 election was stolen.  Now you know some of the reasons why.   And it doesn’t inspire confidence when you hear things like the Wisconsin Election Commission recently enacting a rule allowing local officials to write in required missing information on ballot envelopes, which surely must be contrary to state law or should be.

If you don’t want half the country believing future elections are stolen, you’re going to have to do better than all of this mess, way better.   So stop yapping about the Big Lie and voter suppression and start worrying about the basics of free and fair elections so the rest of us don’t have to worry about you and whether you have evil intent.