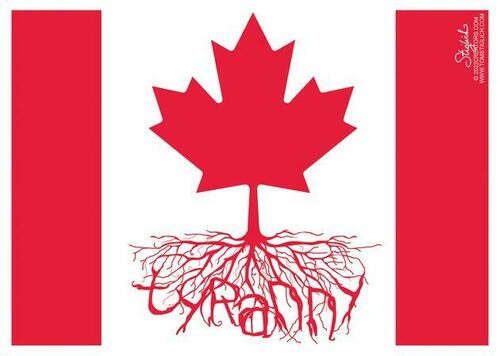 For the first time in history, Canadian Prime Minister Justin Trudeau invoked the Emergencies Act to crackdown on what he has described as an attack on democracy itself in Canada. While civil libertarians in Canada have condemned the move as threatening core free speech and associational rights in the country, the American media and legal commentators have largely supported Trudeau in the use of these extreme measures. Indeed, I triggered a tsunami of outrage in stating that Canada could have used such powers to cut off donations for the Civil Rights Movement and arrest Martin Luther King today for such protests. Partly this was due to the distortion of my comments on MLK ever being arrested (as opposed to being subject to arrest under this law). However, there was also an objection that there is no equivalency between the truckers and the Civil Rights Movement. Again, that is not the point of the reference:  it should not matter if you agree or disagree with the underlying cause. The concern is that the Canadian government could declare such an emergency to crackdown on any group engaging in civil disobedience through blockades or occupation protests. It could even happen to Dr. King today if marchers sought to repeat historic marches in Canada. Without meaningful limits under the law, they could also be unilaterally declared threats to Canadian “sovereignty, security and territorial integrity” by Trudeau for acts of civil disobedience.

With the emergency powers, Trudeau can now prohibit travel, public assemblies, conduct widespread arrests, and block donations for the truckers. This also includes freezing bank accounts and ramping up police surveillance and enforcement.

“The federal government has not met the threshold necessary to invoke the Emergencies Act. This law creates a high and clear standard for good reason: the Act allows government to bypass ordinary democratic processes. This standard has not been met. The Emergencies Act can only be invoked when a situation ‘seriously threatens the ability of the Government of Canada to preserve the sovereignty, security and territorial integrity of Canada’ & when the situation ‘cannot be effectively dealt with under any other law of Canada.’”

Such voices have been drowned out by media demonizing the truckers as racists or insurrectionists.

As civil libertarians, it is less important what people are saying as their right to say it. That includes people who speak through their financial support or donations. Millions in such donations were blocked by GoFundMe or the Canadian government in this crackdown.

It is often tempting to ignore the implications of such extreme measures by focusing on your disagreement with a given group. To understand the scope of this law you can simply look to how widely revered movements could be treated under the same provisions.  For example, the Civil Rights marchers also engaged in civil disobedience in shutting down bridges and occupying spaces.  As I stated on Monday,

“Now, when you put all of that together, you’ve extinguished the ability of thousands, perhaps even millions of people to express themselves through a form of civil disobedience. And according to Prime Minister Trudeau’s definition, he could have shut down the Civil Rights Movement. He could have arrested Martin Luther King. He could have arrested any number of figures that we now celebrate today as visionaries.”

On Tuesday, I returned to that same point and noted that Canada could easily use the same law against the marchers and Dr. King today. Trudeau’s government could cut off all funding for the Southern Christian Leadership Conference (SCLC) while arresting figures like Dr. King. I noted that “I thought [the use of the Emergency Act] was quite excessive. This is an act of civil disobedience. That is a standard tactic of groups going back to the civil rights movement and even earlier to block bridges and streets, to do what was referred to as — quote — ‘good trouble.’ By this rationale, they could have cracked down on the Civil Rights Movement. They could have arrested Martin Luther King.”

The “they” is clearly the Canadian government in its use of these emergency powers today — not a reference to arrests in the past in the United States.

The second objection, however, is far more interesting. People objected to any analogy of these truckers and their cause to Dr. King and the fight for civil rights.

Turley here is simultaneously conflating human rights advocates such as Martin Luther King with a bunch of assholes shitting up international borders because their disinformation handlers told them to and telling racists that white people get the worst treatment.5:17 PM · Feb 15, 2022·

Of course, I was not saying that the truckers are the like of MLK. I doubt the truckers would say that. Rather, I was comparing forms of civil disobedience. The protection of forms of protest should not depend on whether we support or oppose the underlying message.

People objected to the very notion that the Civil Rights marchers could be viewed as akin to the truckers. But that is the point. The law does not have any distinction. It could be used today against Dr. King just as it was used against the truckers. Indeed, Dr. King was accused of being a communist and a traitor by government officials during the crackdowns and arrests of the period. The Canadian law, however, would allow the federal government to  use such claims to freeze funding and order arrests under the Emergencies Act today, including a figure like Dr. King for acts of civil disobedience.

We should be outraged by the use of such measures against either civil rights marchers or the Canadian truckers. As the Canadian Civil Liberties Association correctly noted, there is no limiting principle in Trudeau’s use of these powers. Trudeau simply declared that the convoy “seriously threatens the ability of the Government of Canada to preserve the sovereignty, security and territorial integrity of Canada” without any substantive support for that finding.

These are sweeping emergency powers that could be used against some of our most celebrated figures and shutdown some of our most revered causes. Under this law, the only thing preventing Trudeau from shutting down movements – even historic movements like the Civil Rights marchers – is his affinity for the cause as opposed to the underlying conduct.