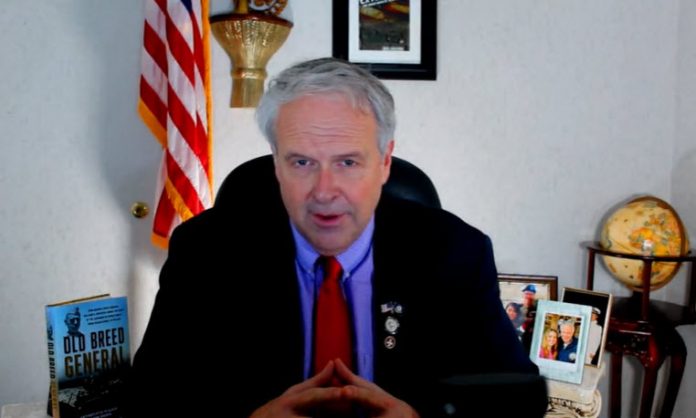 Don Brown explains the linkages of the jab to the devastating effects from it.  Why everyone should be aware, to enable a smart decision!

DON BROWN, a former U.S. Navy JAG Officer, is a nationally best-selling author of books of military fiction and nonfiction.  The author of thirteen books by released by various national publishers. Two of Don’s novels, TREASON and MALACCA CONSPIRACY, both reached #1 in the world on the Amazon bestseller list for fiction, in 2009 and 2012 respectively. TREASON, a novel about young Navy JAG Officer Zack Brewer, chosen to prosecute three Islamic chaplains for murder, is said by some to have predicted the Fort Hood terror attacks in November of 2009.

Don’s 2015 nonfiction military exposé, CALL SIGN EXTORTION 17: The Shoot-Down of SEAL Team Six, investigates the military cover-up of the shoot-down by Taliban forces of a U.S. military helicopter on August 6th, 2011. Endorsed by SEAN HANNITY and others, the book created a national controversy and was covered by the WASHINGTON TIMES, the NEW YORK POST and numerous other national publications.

More about Don can be found here:  https://donbrownbooks.com/

And can be found on Morningstar Ministries here:  https://www.youtube.com/c/MStarMinistries/search?query=Don%20Brown