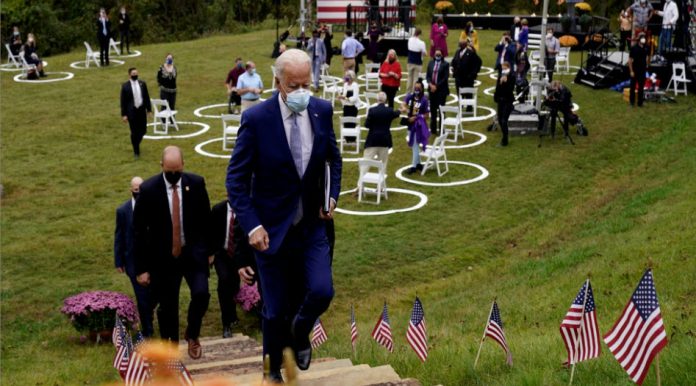 I want you Biden voters to know exactly what you voted for – immigration policies only left-wing ideologue open borders crazies could love.

You voted for stronger, more powerful drug cartels and Chinese fentanyl flowing into the country.

You voted for 50 Afghans with potentially significant security concerns being released into the country.

You voted for illegal aliens getting federal stimulus checks.

You voted for turning the border patrol into baby-sitters and paper-pushers who are no longer allowed to do their real jobs.

You voted for losing track of 45,000 unaccompanied illegal alien minors.  If they’re being trafficked for forced labor or worse, this administration doesn’t know and doesn’t care.  You voted for that.

You voted for an administration that will stop requiring GPS monitoring for illegal aliens released into the country.

You voted for illegal alien criminals, who previously have been deported, to easily find their way back into the country where they commit murder and other crimes.

You voted for an administration that is doing its best not to comply with a court order to reinstate Trump’s effective Remain in Mexico policy.

You voted for policies that cut the deportation of illegal aliens by 90 percent.  These are people who scoff at our laws and don’t belong here.  You voted for that.

In short, you voted for more drugs, more security threats, more lawlessness, more crime, and more exploitation of minors.  You voted to embolden our adversaries like the drug cartels and China.

And you voted to keep it all hidden from the American people.  Why hide it?  If you’re proud of these policies, why wouldn’t you want to tell the whole world the results?

Bottom line:  You voted for a crisis at the southern border with no end in sight.  Happy now?  If you are, that makes you a left-wing ideologue open borders crazy.  You’ll get yours.  Retribution is coming.