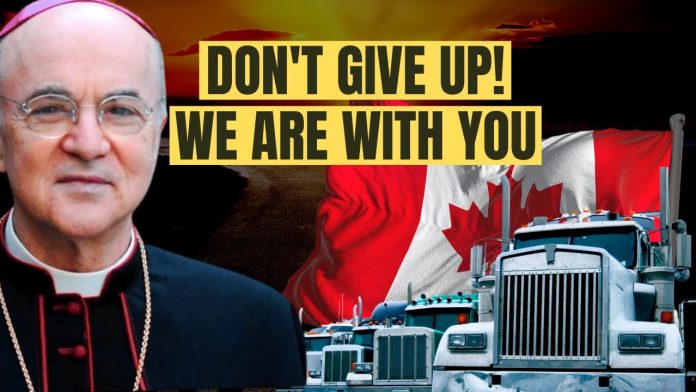 Carlo Maria Viganò is an archbishop of the Catholic Church who served as the Apostolic Nuncio to the United States from 19 October 2011 to 12 April 2016. Archbishop Viganò has spoken out against The Great Reset and the Globalist Agenda 2030 publicly many times. He now gives his full support to the Canadian truckers and the worldwide Freedom movement.