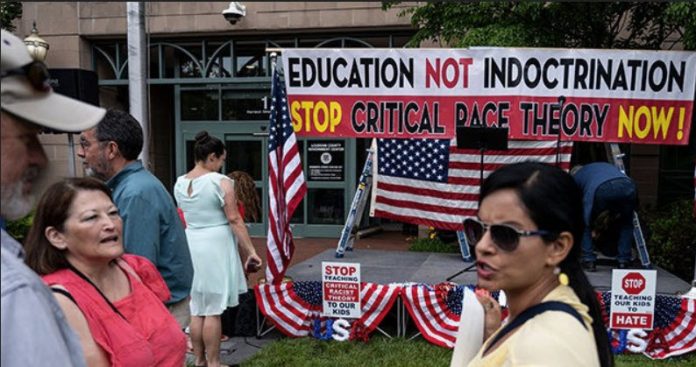 The school board recall in San Francisco sent shockwaves through Progressive quarters throughout the country.  Three school board members were recalled for spending too much time renaming schools for Woke folk and putting progressive politics over the needs of children during COVID.  The recall effort was started by Democrats and passed by 78 percent of the voters in what is a very Progressive city.  Progressives around the country were shaken to the core, and deservedly so.  Their policies stink and everybody knows it.  One petulant school board member who was thrown out said the vote was white supremacy.  This shows you just how bankrupt the Left’s propaganda on race is.  Everybody knows that, too.

San Francisco wasn’t the only recent battle in the war on parents.

A teacher admitted on video keeping a “transition closet” for students to change into clothing that “fits who they are”, inducing gender confusion into students without parental knowledge or consent.  A California public charter schools asks for and uses preferred gender pronouns, also without parental consent.  A California Democrat running for Congress helped bring a program run by the Chinese Communist Party into his community’s classrooms.  Parents were blocked from school board meetings and prevented from speaking in Virginia and Pennsylvania .  A county board chairman in Virginia scoffed at the elected legislature and Governor and said school boards and health officials should be the ones deciding mask mandates in schools.

Parents are fighting back.

A parent in Virginia confronted a school board member at a school board meeting with pictures of the member without a mask on in a crowd while advocating masks for children.  The member called security, pounded the gavel, yelled at the parent “you are done!”, and stormed out of the meeting.

California parents demanded answers after learning “nonbinary” male counselors slept in the same cabins as their daughters at school science camp.  The parents’ outrage made a difference.  The school district opened an investigation.

A biracial father in North Carolina attacked Critical Race Theory at a school board meeting, saying “I’m biracial, I’m bilingual, I’m multicultural. The fact is, in America, in North Carolina, I can do anything I want and I teach that to my children….  And the person who tells my pecan-color kids that they’re oppressed, based on the color of their skin, would be absolutely wrong and absolutely at war with me.”

Parents in two Virginia towns handed subpoenas to fleeing school board members who were illegally maintaining mask mandates.  A sportscaster resigned from NBC to be free to speak out against Critical Race Theory which she said separates kids and amounts to segregation.

Parents are winning, in some instances.   The Virginia Senate passed a bill allowing parents to review sexually explicit materials schools want to give their kids.  A school board in Pennsylvania voted to shut off CNN in the classroom, recognizing that the network is biased.  A county commissioner in Wyoming compared parents to ignorant and hate-filled Nazis for objecting to obscene library books in schools.  The parents fought back, publicizing the remarks and continuing to show up at public meetings.  They kept the pressure on and the commissioner finally resigned.

But the war on parents is not over.  Progressives are calling in the heavy artillery.  The Biden Justice Department just established a new domestic terrorism office.  This comes after Attorney General Merrick Garland called parents domestic terrorists in a memo.  Critics worry the new office will be used to target parents who speak up at school board meetings.  Who knows, the feds might even try to arrest every parent who voted to throw the school board out in San Francisco.  I wouldn’t put anything past our government these days.  Stay tuned.