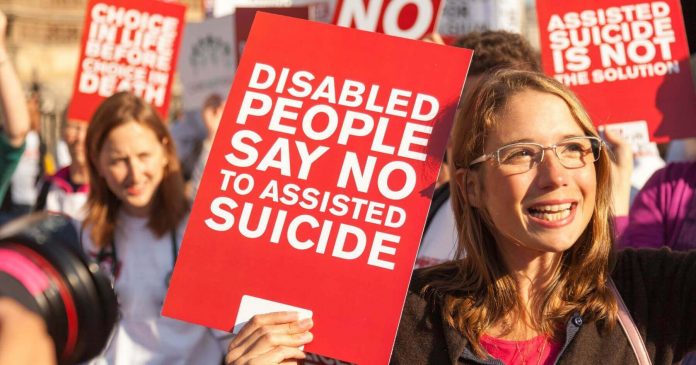 Canada now has five years of experience with assisted suicide and euthanasia, and the warnings of early critics have been borne out.

They warned the number of cases would increase.  That has certainly been true in Canada where the number of such deaths increased seven-fold from 2016 to 2020.  The number in Ontario went up 30 percent in 2021 from the previous year.

The critics warned the reasons supposedly justifying death requests would expand.  The original rationale was intractable physical pain which has all but disappeared with advances in modern pain medicine.  In Canada, non-terminal people now give fear of future illness as the reason the government should help them die.  In one case in the U.S., a woman with anorexia requested assisted suicide even though an eating disorder is hardly a terminal condition.   It doesn’t take too much extrapolation to realize we are headed to a world where government-assisted death is available for a supposedly good reason, a bad reason, or no reason at all.

The critics also warned assisted suicide would become the ‘easy button’ that would preclude the exploration of other options in individual cases and the development of palliative care and other end-of-life services in society as a whole.   People now push the ‘easy button’ because they don’t want to live a life with more limitations as they age.  People also push the ‘easy button’ in cases of diagnoses like lung cancer instead of looking for effective treatment options.   In addition, an Australian study found 10 percent of people requesting government-assisted death were misdiagnosed in the first place.

The critics were also right in warning government-assisted death would stunt the development of end-of-life care in society as a whole: “ The critical concern of early skeptics that medical termination would become a substitute for the kind of palliative and other services the Senate Committee called for in 1995 has been fulfilled. [Medical assistance in dying] is increasingly a default choice offered, and in some cases promoted, in areas where expert care and support are unavailable and sometimes even where they are available.”  In Canada, patients are pushed into government-assisted death even when something as simple as better home care would solve the problem.

As a result of all this, the critics take direct aim at the claim assisted suicide promotes personal autonomy.  It’s not really a free choice when government-assisted death is the first resort and crowds out knowledge of alternatives, their serious consideration, and the development of more effective end-of-life care.

Why the rush?  Where’s the fire?  I’m suspicious.  Who benefits when people aren’t told what their options are and developing better end-of-life care is put out of sight, out of mind.   The government, for one.  Getting you off the rolls faster will help the government save money on government healthcare programs.  But that’s an argument for getting the government out of healthcare, not for the government helping people kill themselves.  The Left also benefits, at least the depopulation kook fringe that believes the earth will be better off when there aren’t any people on it.

The more you study the Left, the more you realize they are nihilists, at root.  To them, “No Lives Matter”.   They are the party of death – whether it’s abortion, Woke criminal justice reform that produces high murder rates, or encouraging people to die in the desert trying to cross the southern border – they don’t care who dies or who their policies kill.  It makes perfect sense the Left and their feckless allies in the Democrat Party would push for assisted suicide laws then try to get people to push the ‘easy button’ without fully weighing their options.   Only the party of death would dream up such a scheme and call it autonomy and heaven on earth.  I call it monstrous, a failure of imagination, and – literally – a dead end.