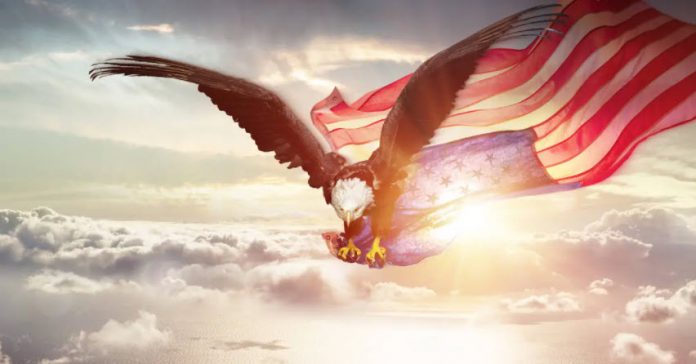 Elections have consequences, but stolen elections, as we have experienced since November 2020, can have catastrophic consequences.

The United States of America is on a direct trajectory towards collapse and fragmentation or civil war.

The American people are witnessing: a deliberate attempt to dismantle the Constitution and the Bill of Rights, an invasion of our southern border, the destruction of our Middle Class, the degradation of the military, the creation of unsustainable debt and inflation, and a systematic assault on our institutions, history and culture.

It is time to say out loud and often what everyone knows to be true.

Joe Biden is not President of the United States. He and those currently in power are usurpers, having stolen that power in a fraudulent election.

But those currently in power in Washington D.C. are merely foot-soldiers within a larger international movement, underwritten by a cadre of rich and powerful oligarchs, who wish to lead a global government, one which seeks to erase the concept of nationhood and is modeled after that of the Chinese Communist Party, combining state capitalism and totalitarianism.

Those international forces do not see the United States as a country, but as land and people to exploit, where citizens are mere serfs, without personal liberty or property as a form of Neo-Feudalism.

Those currently in power in the United States are philosophically allied with and seeking the same outcome as the globalists and the Chinese Communist Party.

Like the Chinese Communist Party, those currently in power seek to consolidate all power in a federal government controlled by a single political party.

The Communist-led Democrat Party intends to “save democracy” by installing a totalitarian, one-party state.

It is a system in which power rests, not with the citizens, but with a relatively small group of leftwing politicians and financiers, who enhance their personal wealth and privilege by looting the country through a self-serving legislative process. They maintain their authority by adjusting the levers of government and using the media to manipulate or suppress open discussion of the issues.

Republican leaders neither contest that view nor oppose their Democrat counterparts because they do not want to challenge the ruling class, they want to join it. The GOP leadership has gradually solidified its choice to no longer represent what had been its constituency, but to adopt the identity of junior partners in the ruling class.

There is now a sharp division between the bipartisan ruling class and the rest of the American populace, who are considered retrograde, racist, and dysfunctional unless properly controlled by the dictates of central authority.

The present political environment, that is, the separation between the rulers and the ruled, bears comparison to the events leading up to the American Revolution.

On January 10, 1776, nearly six months before the Declaration of Independence, Thomas Paine published the forty-eight-page pamphlet Common Sense, which openly presented arguments supporting the freedom of the American colonies from oppressive British rule.

According to Paine, a society arises because individuals living alone in nature find shared benefits by living together rather than remaining isolated. In an ideal society, where each individual acts in a morally just fashion toward every other individual in the society, there is no need for laws and government. Only when moral virtue is inadequate to restrain human evil, do laws become necessary; and only when a society becomes too large to operate by collective agreement and as individual enforcers of those laws do governments become necessary.

In other words, whenever the interests of government officials divert from or are in conflict with those of the people, tyranny ensues.

The erosion of the Constitution and the theft of our Constitutional rights have been occurring incrementally and quietly over a long period of time. Now that trend is accelerating. We are reaching the point of no return. Either we act now to reverse course or our constitutional republic will be lost forever.

Without free and fair elections, the United States is no different than the government controlled by the Chinese Communist Party.

We must not ask, but demand a 2022 Emergency Presidential Election in which only legal votes are counted to restore our constitutional republic.

Col. Lawrence Sellin (Ret.) was a U.S. Army Reserve colonel with branch qualifications and assignments in Special Forces, Infantry, Chemical and Medical Services. He served in Afghanistan and Iraq and participated in a humanitarian mission to West Africa.

Sellin holds a Master’s Degree in Strategic Studies from the U.S. Army War College and received training in Arabic, Kurdish and French from the Defense Language Institute. He had a distinguished civilian career in medical research and international business after completing a Ph.D. in physiology.