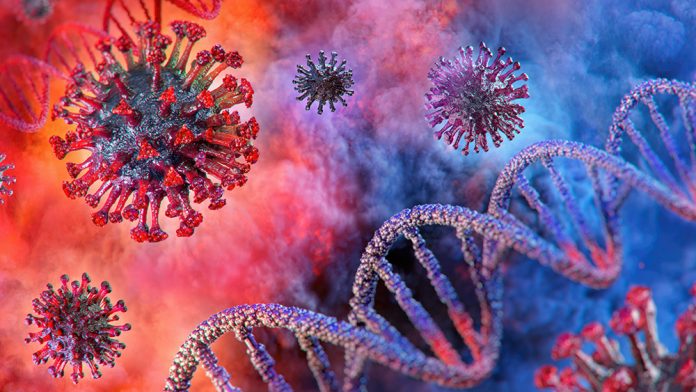 (Natural News) Two Swedish studies confirm that the mRNA technology used in Pfizer’s Wuhan coronavirus (COVID-19) vaccines can hijack human DNA within hours after getting injected into the body.

The study, published last October in MDPI, titled “SARS-CoV-2 Spike Impairs DNA Damage Repair and Inhibits V(D)J Recombination In Vitro,” found that the spike proteins in mRNA COVID-19 vaccines enter the nuclei of cells and prevent them from being able to repair damaged DNA.

“Mechanistically, we found that the spike protein localizes in the nucleus and inhibits DNA damage repair by impeding key DNA repair protein BRCA1 and 53BP1 recruitment to the damage site,” wrote the researchers. “Our findings reveal a potential molecular mechanism by which the spike protein might impede adaptive immunity and underscore the potential side effects of full-length spike-based vaccines.”

During the Nov. 15, 2021 episode of “The Highwire,” host Del Bigtree and investigative journalist Jefferey Jaxen talked about how dangerous it was for any substance to enter cell nuclei.

“The nucleus of the cell is the main control center, it’s the VIP section, it’s the brain of the cell,” explained Jaxen. “Nothing should be getting in there, like a spike protein.”

Jaxen pointed out that when the mRNA COVID-19 vaccines were first being distributed and administered around the world, Big Pharma, government and public health officials and mainstream media outlets all claimed that the vaccine’s spike protein does not enter the DNA and the vaccine does not alter the DNA.

“This study appears to fly in the face of those statements,” said Jaxen.

The Swedish study is not the first one that confirmed the link between mRNA COVID-19 vaccines, spike proteins and cell and DNA damage.

In May 2021, scientists from the Massachusetts Institute of Technology (MIT) found that SARS-CoV-2 RNA can be reverse-transcribed and integrated into the genome of human cells. This is when the RNA is used to make a copy of a person’s DNA. (Related: Fast-tracked COVID-19 vaccine alters human DNA, turns people into genetically modified property.)

The findings of the MIT study have made vaccine skeptics question whether the same reverse transcription process may also occur with the RNA in mRNA COVID-19 vaccines.

To that end, a group of Swedish scientists from Lund University conducted a study to investigate whether the encoded spike protein RNA in Pfizer vaccines can be reverse-transcribed into human DNA.

This recent study, which used human liver cells, found that the mRNA injection is more than capable of entering the cells and the RNA could then be reverse-transcribed into the DNA within just six hours.

“Our study shows that [Pfizer’s mRNA injection] … can be reverse-transcribed to DNA … and this may give rise to concern if BNT162b2-derived DNA may be integrated into the host genome and affect the integrity of genomic DNA, which may potentially mediate genotoxic side effects,” wrote the researchers.