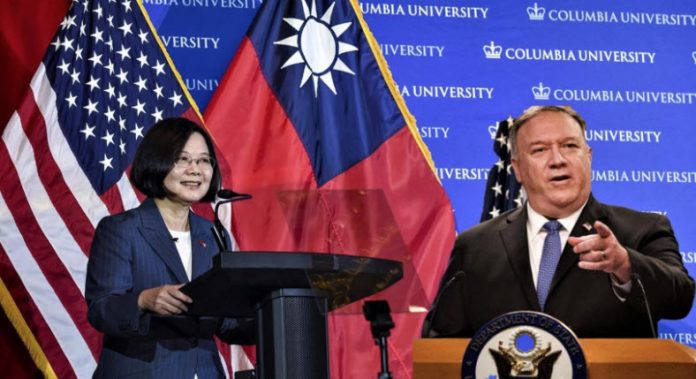 Widespread power outages were reported across Taiwan on Thursday morning leaving millions in the dark after an alleged accident at a power plant in the southern part of the country.

The blackouts began at approximately 9 a.m. on Thursday and impacted the areas of Taipei, New Taipei, Hsinchu, Taichung, Tainan, Kaohsiung,  Changhua, Keelung, Taoyuan, Hualien, and Miaoli, according to local reports.

According to Taiwan Power Company (Taipower), the outages were caused by an equipment failure at the Hsinta Power Plant in Kaohsiung City, which provides around a seventh of Taiwan’s power.

Taipower officials told Taiwan News that the equipment malfunction at the plant in Kaohsiung City’s Yong’an District caused an “imbalance” in the southern power grid which in turn triggered the Longci Substation’s self-protection mechanism to disconnect from the grid.

This caused an “instant loss of 10.5 million watts,” the company told local news outlets, and prompted the self-protection mechanism of power plants across southern Taiwan to disconnect from the southern grid, in turn prompting the northern and central grid’s protection mechanisms to kick in.  This further created widespread power outages across central and northern Taiwan as well.

The Epoch Times has contacted the Taiwan Power Company for comment.

Netblocks, a watchdog organization that monitors cybersecurity and internet governance, said on Twitter that the outages had taken the internet offline in much of the country, including its capital city of Taipei.

“Confirmed: A power outage has knocked out internet connectivity across much of #Taiwan including Taipei; real-time network data show national connectivity falling to 68% of ordinary levels from ~9 a.m. local time; incident ongoing,” the organization said.

President of Taipower Chung Bin-li said that five million households had been affected by the power outage.

The power outages came as former U.S. Secretary of State Mike Pompeo arrived in Taipei on Wednesday evening for a four-day visit to the country where he was set to meet Taiwan’s President Tsai Ing-wen.

A spokesperson for Tsai said that a scheduled livestream of her meeting with Pompeo had to be temporarily canceled as a result of the power outages.

Tsai has ordered an investigation into the outages.

However, officials’ said power should start being restored back to southern Taiwan from mid-day.

While the equipment failure at the Hsinta Power Plant was cited as the reason for the outages, cabinet spokesman Lo Ping-cheng said authorities could not rule out the possibility that the plant had been hacked

“It all needs further proof and investigation, which requires evidence,” Ping-cheng said.