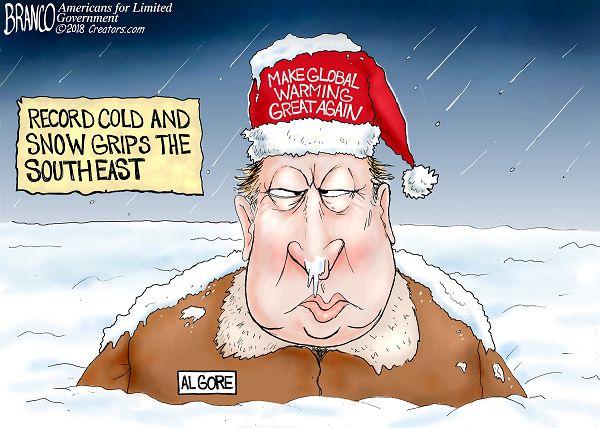 The U.N. Intergovernmental Panel on Climate Change (IPCC) is out with another report, this one declaring: “Climate change is a threat to human well-being and planetary health. Any further delay in concerted anticipatory global action on adaptation and mitigation will miss a brief and rapidly closing window of opportunity to secure a liveable and sustainable future for all.”  There are several reasons not to take the new report at face value.

First, the IPCC does not have a good track record when it comes to credibility.  A group of 900 scientists, engineers, and scholars examined a recent IPCC report and found it failed to meet objective standards of scientific integrity.  Moreover, an author of earlier IPCC reports was quoted as saying, “We need to get some broad based support, to capture the public’s imagination… So we have to offer up scary scenarios, make simplified, dramatic statements and make little mention of any doubts….”

There are plenty of people who dispute that climate change – human-induced, if there is such a thing – causes extreme weather.  Hurricanes are no more frequent than they were a hundred years ago, as of 2013.  Data from the IPCC and NOAA – the National Oceanic and Atmospheric Administration – also show tornadoes, droughts, and floods have not increased, either.  The new IPCC report also refers to sea level rise but, there as well, the U.N.’s record is not good.  In 1989, a senior U.N. environmental official claimed, “entire nations could be wiped off the face of the Earth by rising sea levels if the global warming trend is not reversed by the year 2000.” Well, that didn’t happen and the data still do not support doomsday predictions of sea level rise from climate change.  The same goes for the supposed imminent demise of coral reefs, to which the report also refers.  A recent study supposedly documenting that demise itself said coral reefs rebounded in 2019.  Too bad they can’t think they’re way out of a paper bag.

So the second reason not to take the new IPCC report at face value is that it’s full of stuff that is disputed or just wrong.  The third reason is the hidden agenda.  You can’t quite tell what the report is talking about in its recommendations to policymakers.  It’s full of phrases like “key systems transitions”, “low regrets options”, and “inclusive governance”, whatever that means.   It all centers on something the report calls “Climate Resilient Development”.   They won’t spell out what they really mean, but they do use the language of the Left – “equity”, “climate justice” – so we can guess.  Actually, we don’t have to guess.  One of the authors told the BBC addressing climate change has to do with making changes in education, healthcare, poverty, and inequality.    Beats me how changing what goes on in the classroom or transferring money from one wallet to another keeps the planet from burning up, but I can tell you what the IPCC global warming crowd really wants:  Every American will have to cut their energy use by 90 percent.  Energy use will have to fall by half, the world over.  The climate crackpots also want to limit your travel, only let you have 16 gallons of gas a year, cut your food consumption by almost a third, and allow you to buy only 9 pounds of clothing annually.   Ready for that?  No wonder this crowd has to hide what it’s really talking about under layers of generalized gobbledygook and Leftist platitudes.  ‘We must rise to higher and higher platitudes, together,’ as Chicago’s famous Mayor Daley used to say.

So much for the IPCC’s new report.  Tomorrow, I’ll go through some recent news stories and show you that, despite the ever-more shrill pronouncements life on the planet as we know it will soon cease to exist, the wheels are actually falling off the entire phony climate change narrative, no matter how big the paychecks at the U.N. get.