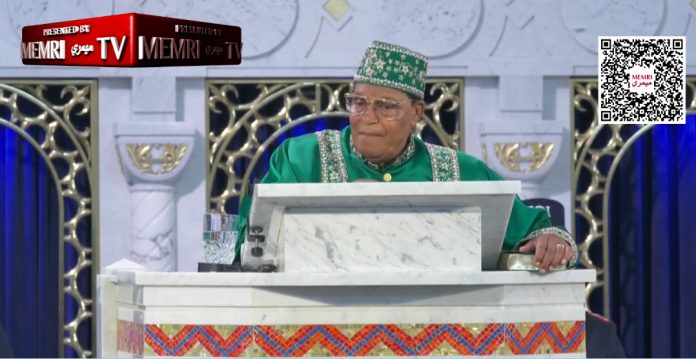 On February 27, 2022, Nation of Islam leader Louis Farrakhan delivered his annual Saviours’ Day address, which was titled “The Swan Song.” The 4.5-hour address was streamed live on various platforms, and in it he discussed the COVID-19 vaccine, a Jewish plot against him, and the Ukraine-Russia war. He said that the Jews are the enemies of Jesus, that they trick people into sin, and that saying so is not antisemitic because it is written in the Bible. Farrakhan also claimed that the government had a plan to kill him that was meant to be carried out by his own people. He urged his audience not to take the COVID-19 vaccine because it is a “death plot” in line with the Kissinger Report, and he accused Bill and Melinda Gates of planning to use the vaccine to kill billions of people. In addition, he said that there is a “genocidal birth control plot” against blacks and that birth control is “poison.” Moreover, he said that President Biden is the “chief inviter for death” for blacks because he promotes the vaccine. Regarding the war between Russia and Ukraine, Farrakhan said that it was divine retribution against both America and Russia, adding: “[America] can’t win another war. Russia, this will be your undoing, too. You see all white power has to end.”