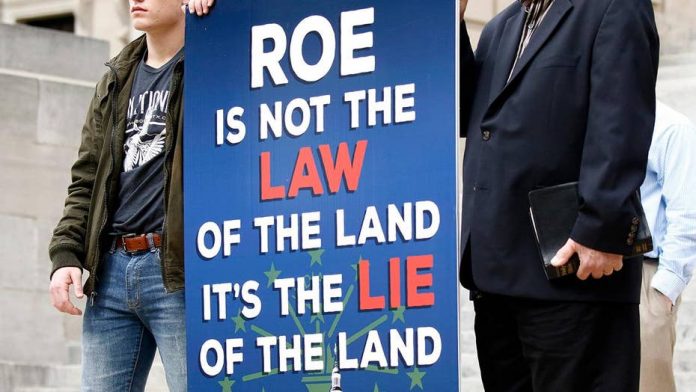 Abortion thrives in darkness.  Abortion advocates are doing their best to keep people ignorant of the true nature of the abortion business.
There are lots of botched abortions, but the abortion industry tries to cover them up and tell people abortion is ‘safe’.  Women have died from botched abortions, but the abortion industry doesn’t want you to know that.  At the moment, there are four lawsuits pending in Alabama, Maryland, and D.C. arising from botched abortions.
Abortion advocates are claiming the abortion drug Mifepristone is safer than Tylenol and sends fewer people to the emergency room.  Nice try.  Here are the facts:  Mifepristone has been linked to 24 deaths and 4,000 serious complications from the year 2000 to 2018.  The numbers would be higher but the Obama administration stopped requiring the reporting of non-fatal complications – another cover-up.  The claim the drug is safer than Tylenol is based on a single 2013 study showing a 0.3 percent hospitalization rate, but other studies found much higher hospitalization rates, as high as 20 percent.  But you won’t hear anything about these studies from abortion advocates.
In fact, you won’t hear anything about independent research from abortion advocates, at all.  Instead, the industry pays hired guns for research that, unsurprisingly, concludes abortion is good.

One such study:  reportedly proves that 95 percent of women have no regrets about their abortions and that abortion causes no mental health problems. But a new exposé reveals that the authors have misled the public, using an unrepresentative, highly biased sample and misleading questions. In fact, over two-thirds of the women approached at the abortion clinics refused to be interviewed, and half of those who agreed dropped out. Refusers and dropouts are known to have more postabortion problems.

A public charter school in Boston is teaching ninth-graders abortion prevents pregnancy.  Class material defines abortion as a “procedure performed by a doctor that prevents a pregnancy once the sperm has already joined with an egg.”  Critics say the school is misleading students, and the critics are right.  Isn’t there something wrong when you have to resort to misleading gullible youth to stay in business?
The abortion industry doesn’t want you to know lots of workers have quit after seeing the true nature of the abortion business up close.  An abortion clinic worker in Florida quit from feeling guilty after helping “railroad” a woman into a $7,000 late-term abortion.  The worker had been accumulating doubts about the clinic’s obsession with money and that was the final straw.  “I couldn’t face myself in the mirror,” she said.
In another indication abortion advocates don’t want the truth to be known, activists vandalized a pro-life billboard in Mississippi in January, then celebrated the destruction online.  The vandalism turned the billboard’s message about abortion pill reversal treatment into a pitch for abortion drugs, instead.  Activists are throwing smoke-bombs at pro-lifers and threatening violence as they become increasingly unhinged at the prospect of the Supreme Court overturning Roe v. Wade.
Abortion advocates lied to the press in their campaign to get the Supreme Court to approve abortion in the 1970s.  And they’ve been lying ever since.  This is all they’ve got.   They know they don’t have an argument left.  They’re pathetic and I, for one, can’t wait for the Supreme Court to throw out the federal right to abortion.Visit The Daily Skirmish
Share Our Work