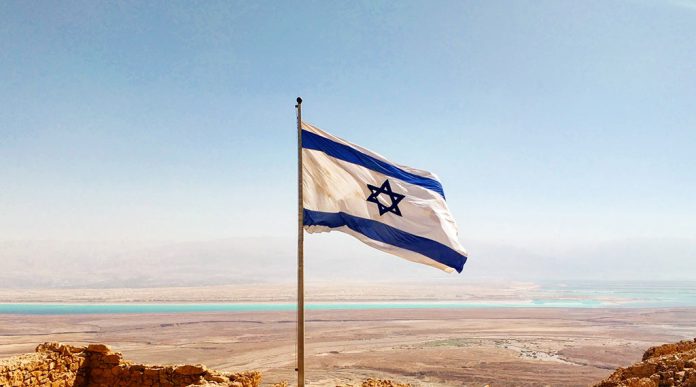 The Negev Summit was at once a spectacular success and one of the most flagrant displays of Israeli diplomatic incompetence in history.

The just-concluded Sde Boker summit was at once a tremendous and moving success and an unmitigated disaster. It was in fact two summits happening at the same time.

The first was an Arab-Israeli summit and revolved around Arab-Israeli dynamics unimaginable only a few years ago, not only in their warmth but also in the seriousness of common strategic purpose. That aspect proceeded almost in complete obliviousness to the American elephant in the room. It was symbolized by the astonishing and heart-capturing speech by the United Arab Emirate’s foreign minister, His Excellency Sheikh Abdullah bin Zayed Al Nahyan, in which he expressed his regret for knowing so little about Israel and his determination to remedy that.

The second summit was the U.S.-Israeli-Arab regional meeting, where America attempted to redefine the agenda and interject itself between Israelis and Arabs. In the process, U.S. Secretary of State Antony Blinken reflected not only his irrelevance, but the harm of U.S. involvement at this point, based on its Middle East team’s haughty and increasingly hostile policy toward the states attending.

In truth, the summit should have been an Israeli-Arab summit only, namely an escalated continuation of the Sharm el-Sheikh summit, with no American presence. Its purpose should have been strategic planning among regional partners for a period of American absence or even hostility, and to establish an independent regional cooperative structure that deals with global crises in unison (such as the impending grain and raw materials shortages).

Bringing in the United States changed the summit’s dynamics and transformed part of it into a catastrophe. By doing so, the summits hosts, the Israelis themselves, empowered the Biden team to reassert its primary goals of:

1. Maintaining control of allies over whom Washington was rapidly losing control due to its betrayal of them;

2. Sabotaging the operational cooperation emerging among regional partners to create an effective strategy of confrontation and even war against Iran;

3. Reasserting the primacy of America’s obsession with the Palestinian issue and transforming the achievement of the Trump-era Abraham Accords into another chapter of Palestine-first failure. The statement by Blinken at the edge of the summit not only captured this aim perfectly, but also humiliated the Israeli host and registered a partisan dig at the previous administration by forwarding the idea that the Abraham Accords were neither significant nor a real peace, saying these “agreements are not a substitute for progress between Palestinians and Israelis.”

4. Putting Israel on the defensive on regional issues by publicly blaming and shaming it in front of its regional partners for its implied intransigence, its settling of Judea and Samaria, the failure of the Palestinian issue and its alleged tolerance of settler violence against Arabs.

At the press conference just preceding the summit, no mention was made of Palestinian terror (which had already claimed four elderly Israeli lives the day before), the P.A.’s refusal to negotiate with the Israelis directly for the previous decade, the constant incitement that led to a dangerous war last year and threatens an internal uprising of Israeli Arabs, and the persistence of the P.A. “pay to slay” policy.

The focus, stated bluntly, was “curbing settlement expansion, settler violence… and halting evictions of Palestinians from their homes.” Standing next to Israel’s prime minister while saying this, Blinken made no mention of the facts that settler violence is negligible compared to the volume and lethality of violence against Israelis, or that the planned eviction was of Arab squatters in houses which Jews have held deeds to for the last 100 year or more.

Worse were the optics in a regional cultural framework. For a guest to so humiliate his host in front of other guests is, in Arab culture, tantamount to political castration.

This all had the result of forcing a wedge and exposing a strategic disconnect between Israel—who still grovel in the the unrealistic hope that the Biden administration can “be brought back around”—and the Arabs, who have concluded that this administration is irreconcilably hostile to their interests. Thus the United States also tarnished Israel’s image as a strong horse worthy of alliance.

Even more disturbing was the news that Israeli Defense Minister Benny Gantz—who embodies the collective Israeli defense establishment and its “concept”—even tried to insert Palestinian Authority leader Mahmoud Abbas and King Abdullah of Jordan, who increasingly sets the aim of Jordanian foreign policy as being to champion Palestinian Arab nationalism. Gantz’s thankfully failed intervention reveals a depth of misunderstanding of regional political and geo-strategic dynamics that would be mind-numbing if it were not so horrifying.

Instead of this summit’s being only and unequivocally a meeting of regional allies to plan for a period of American absence, or even American hostility, it became also an Israeli-sponsored diminishing of the Jewish state by the U.S. Secretary of State. Israel owes considerable gratitude to the UAE and Bahrain as well as the other Arab participants for at least balancing the spectacular failure of this “second” summit with the even more spectacular success of the Arab-Israeli “first” summit.

Sadly, as an American patriot I have come to the conclusion that the only way the dynamics unleashed by the United States’ disruptions before and at the summit could have been salvaged would have been by a strong and public Israeli rebuke of Blinken.

Such an act would become a public admission by Israel—and a clarion call to its friends in the United States—that it faces a U.S. administration animated by the hostility of its progressive camp and/or BDS-sympathetic Middle East appointees. Such a rebuke, which would have put Blinken in a terrible position in front of cameras and signaled to the United States that it was losing all residual regional credibility (the last pockets of which were among Israeli defense and foreign policy elites).

But it would have also demonstrated to the Arabs in attendance that Israel was on the same page as they were, and is a strong ally confident that it can stand on its own, even in the face of tension with this U.S. administration.

Instead, the Israeli government left this second summit’s challenge unanswered. In doing so, this “second” concurrent summit will stand as a spectacular display of Israeli weakness and represents one of the most incompetent Israeli diplomatic meltdowns I have ever seen—and all of it self-inflicted.