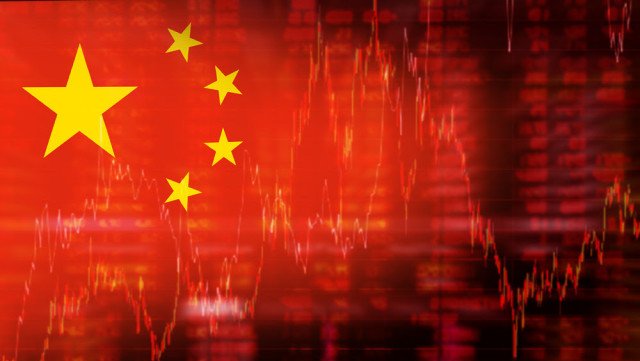 Today, we look at the latest ways communist China has compromised our elites, in a process that has come to be called ‘elite capture’.  We’ll leave Hunter Biden’s laptop and questions about whether Joe Biden has corruptly sold his office for another day.  There are plenty of other things happening.

Liz Cheney’s husband’s law firm represents Chinese companies tied to China’s military, intelligence, and security services.  So when Liz Cheney says we need to stand up to the “generational threat” posed by China’s “malign behavior”, just remember where her bread is buttered and ask yourself if it’s all just posturing.

Members of the Bush family have ties to China.  Prescott Bush got a golf course approved in China – no mean feat – when his brother George H. W. Bush was president.  Another brother, Neil Bush, got a contract during that presidency with a Chinese semiconductor firm.  He had no qualifications for the work, but got paid $400,000 a year, anyway.  Sound familiar?  More recently, the Bush Foundation sent 2 million COVID masks to China at a time the U.S. was facing a mask shortage.  And we’re supposed to believe the Bush family has America’s best interests at heart?

Tony Podesta, brother of Hillary Clinton’s 2016 campaign chairman John Podesta, received at least a million dollars to lobby the White House last year on behalf of the giant Chinese telecom company Huawei.  Huawei, you might recall, was banned in the U.S. and eight other countries because it poses national security risks.

Republican lawmakers accuse a Chinese surveillance firm of sparking a congressional investigation into a U.S. company which had been exposing the Chinese firm’s monitoring of the Uighurs in Xinjiang province for the Chinese Communist Party.  The U.S. company says the investigation is part of the CCP’s efforts to silence critics of China’s genocide and repression of the Uighurs.

There’s a bill in Congress to require think tanks and nonprofits to disclose foreign funding, like universities currently have to do.  The bill is intended in part to address Russian funding of U.S. environmental groups, but notes, “A number of … think tanks, and other civil society organizations receive substantial funding from Beijing that is often targeted at shaping views and discourse on China.”  The money comes from a political warfare arm of the CCP that works to undermine democratic countries around the world, including the U.S.

The bill is a good idea, but it will have to get past Nancy Pelosi and Mitch McConnell first, both of whom have their own China problems.  Nancy’s husband and son get a lot of money from business relationships in China which, critics say, has led her to soften her criticism of Chinese human rights abuses.  As for Mitch McConnell, an Inspector General report recommended his wife Elaine Chao be criminally prosecuted for helping a U.S. shipping company owned by her father and sister with extensive business in China while she was Secretary of Transportation under Donald Trump.  The Justice Department may have declined to investigate, but the stench remains.

Now that more people are waking up to the fact that China is our enemy and seeks to put the entire world under its authoritarian thumb, it’s time root out Chinese elite capture and drain this part of the swamp.